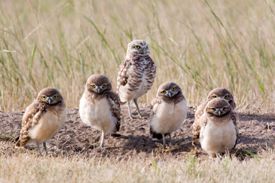 This nearly treeless plain contains buffalograss, a nationally and provincially threatened plant known to occur in only one other location in Canada. This plant community is supported by the very specific conditions that are influenced by the slope of the Souris River valley walls and the flooding cycle of the Souris River.

Travelling into the valley, you can witness the dramatic change in the plant communities as you move from annual cropland to the relatively dry native prairie lining the valley walls. Taller grasses give way to shorter species such as blue grama and brittle prickly-pear. This then leads to a relatively narrow band (typically less than 60 metres in width) of buffalograss habitat above the annual flood height of the river.