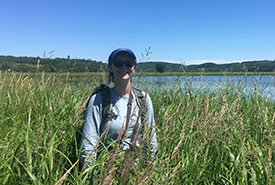 As a conservation biologist with the Nature Conservancy of Canada (NCC) in Fredericton, I spend each summer working in some of the most beautiful parts of New Brunswick and Prince Edward Island. One of my favourite areas in New Brunswick is... 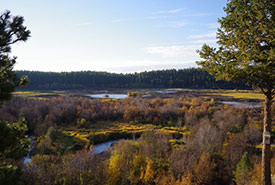 This month, the North American Wetlands Conservation Act (NAWCA) turns 30. Passed on December 13, 1989, NAWCA is one of the most successful pieces of conservation legislation in U.S. history. Under the Act, the U.S. Fish and Wildlife Service... 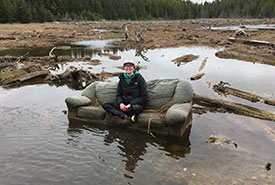 As conservation interns with the Nature Conservancy of Canada (NCC), our work involved exploring some of New Brunswick’s most beautiful natural areas. We wanted to share with you our most intriguing find of the 2019 field season. Related...

Heard it from a Scout: Favourite Nature Conservancy of Canada Nature Destinations

Lush greenery and rugged landscapes cover Canada, so getting inspired to explore nature’s treasures is easy. Escaping from our urban environments allows us to immerse ourselves in nature in the many protected and beautiful natural areas...

The word “rainforest” evokes vivid images of a rich natural world. Many people think of the lush, misty jungles of the Amazon or Congo with thick vegetation. If you live in Canada, you might think about BC’s temperate...

A summer of reconnecting with nature 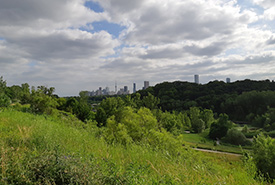 This past summer, Nature Conservancy of Canada (NCC) staff across the country were fortunate enough to receive two days to spend connecting with nature. Called Nature Days, these were meant to be used anytime between summer solstice (June 21) and...