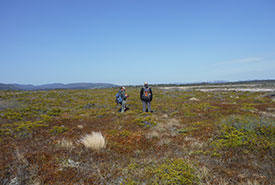 You don’t have to stray far from the road on the island of Newfoundland before you come across a bog. In fact, beautiful stretches of this spongy wetland can be seen from the comfort of your own vehicle, as you drive along the...