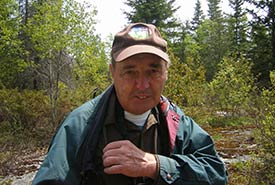 I met Bob Bowles fairly early in my career at the Nature Conservancy of Canada when I was tasked to run the Carden Alvar butterfly and dragonfly counts in the Georgian Bay–Huronia sub-region in 2009. We’d been planning the counts on the phone for weeks and I was looking forward to meeting Bob, whose passion about butterflies, dragonflies and the Carden Alvar was unmistakable.

On a cool summer Saturday, we spent the day together chasing butterflies across gorgeous alvar habitats and up and down wild backcountry roads. Bob was easily twice my age, but with a net in his hand he was transformed into a nimble sprite, dashing over rivers and across fields and deftly catching any butterfly we spotted but couldn’t identify from afar with our binoculars.

I’ve worked with Bob on insect counts and field surveys every year since, and in a number of different locations including the Minesing Wetlands and Pelee Island. His natural history knowledge has been a huge advantage for me to have at my disposal: if there’s ever a species of anything (bird, plant, butterfly) I can’t identify, Bob knows the answer. 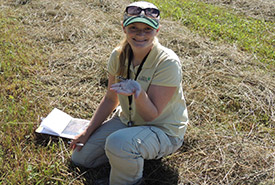 I told Bob in those early days that I would never be able to learn the different species of butterflies and dragonflies, and maybe I’d be better off just marking them on the tally sheet and keeping an eye on the volunteers. To this, Bob always raised an eyebrow and continued teaching me, and other volunteers, about field marks, wing venation and post-ocular spots.

Frequently, he placed a hand lens in my hand and held up the butt-end of a dragonfly for me to examine its most private appendages, making me describe if I saw a ski slope shape or an inverse curve. Six years later, you can find me soaring across streams and leaping through meadows, butterfly net in hand, exclaiming things like “I need to know if it’s an Atlantis or Aphrodite fritillary!!!”

What can I say: Bob’s enthusiasm is simply contagious!