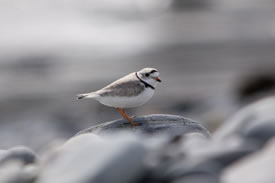 One of the most endangered species in Canada received a helping hand through the Nature Conservancy of Canada’s (NCC's) Conservation Volunteers program this past weekend.

The piping plover is a shorebird that relies on sand and pebble beaches and saline wetlands. This small bird disguises itself very well with plumage that blends into its surroundings. It can be quite difficult to see as it searches for insects and small crustaceans along the water’s edge and in small beach pools. The piping plover is light grey to sand-coloured on its back and white below. In breeding season adults have orange legs, an orange bill with a black tip and black bands on their forehead and around their neck. After breeding season adults lose their black feathers and their beaks turn black.

In Canada there are two populations of nesting piping plovers: the Prairie and Great Lakes population and the eastern Canada population that breeds in Atlantic Canada. Here, nesting occurs along the coast of Newfoundland, Nova Scotia, New Brunswick, Prince Edward Island and on the Magdalen Islands of Quebec. Despite their broad range, piping plovers have experienced serious population decline since 1945 and the species is designated as endangered under the federal Species at Risk Act and listed as endangered in Nova Scotia, New Brunswick, and Prince Edward Island.

"Piping plovers have experienced serious population declines since 1945 and are endangered federally & provincially." (Tweet this!) 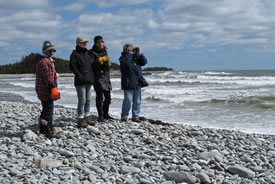 The Nature Conservancy of Canada (NCC) has secured land that protects some of these piping plover breeding sites. Johnston’s Pond, between Shelburne and Liverpool is one of those. In order to enhance the site for plover nesting in 2014, NCC and Bird Studies Canada organized the "Johnston’s Pond Plover Prep" Conservation Volunteers event. Bird Studies Canada, who operates the Nova Scotia Piping Plover Conservation Program, carries out an annual program of research, monitoring and habitat protection.

On Sunday, April 6, 13 volunteers helped sweep the shore and nearshore areas, removing debris washed in by the ocean. Since breeding habitat loss is a key factor in the decline of piping plover populations, the spring cleaning was especially important.

Many traditional breeding beaches have been lost due to natural and human-induced changes. Human disturbance, including ATV activity and unleashed dogs, is a threat at many of the remaining breeding sites. Plovers are disturbed easily and such activity can cause a breeding pair to abandon an otherwise successful nest. Human activity can also attract predators that will eat plover eggs and young.

"Human disturbance, including ATV activity and unleashed dogs, is a threat to piping plover breeding sites." (Tweet this!) 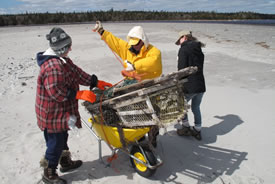 During the event, Conservation Volunteers removed about 150 pounds (60 kilos) of loose garbage was from the beach. In addition, they collected about 20 lobster traps and two tires, as well as a couch. To ensure proper disposal, the local Department of Natural Resources office removed the lobster traps and couch. The municipality will remove the garbage bags. 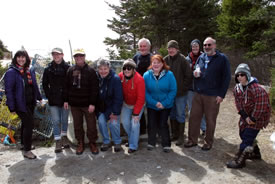 An unexpected reward: participants were treated with the observation of a single piping plover, probably one of the first arrivals of 2014. Plovers are known to arrive in the very early spring but this year’s hard winter, which had brought snow and cold even into the previous week, meant such a sighting was even more unexpected.

Johnston’s Pond plovers made four nesting attempts in 2013 but none successfully produced fledglings. There is no guarantee the spring cleaning will reverse that outcome this season but it has certainly improved the habitat. Time will tell.... 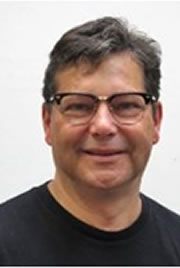