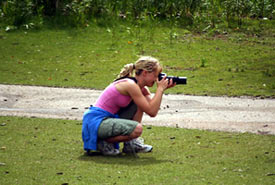 In countless Canadian communities across this great country of ours tourism would suffer significant economic loss if wildlife were no longer part of the environment.


Looking for examples? There are plenty out there:

This is just scratching the surface when looking at the overall impact Canada's wildlife has on tourism.

Do we take our wildlife for granted sometimes? 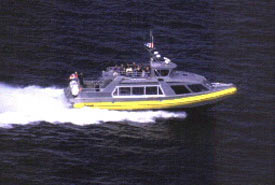 Let's take a look at the whale watching industry in Canada. According to a recent report from the University of Manitoba, whale watching generates $400 million annually and accounts for more than 10,000 Canadian jobs. Without the whales the dominoes begin to fall: the whale populations diminish, jobs are lost and community revenues dwindle.

In 2006, Lang Research published a report indicating more than 30 per cent of adult Canadians went wildlife viewing in the previous year. Of those who embarked on a wildlife viewing adventure, 35 per cent (2,681,779 individuals) reported that wildlife was the main reason for at least one of their trips. In fact, wildlife viewing is the second most popular activity enjoyed by travelers in Canada; and that includes international guests who often have very little wildlife left back home to photograph, unless they visit zoos.

I have been in this industry for what feels like forever. I have talked to, watched and listened to thousands of tourists over the years. Our analytics indicate the majority of international tourists clicking cameras in Canada today are American, Japanese, German, European and Chinese. Do you think they spent thousands of dollars to fly and stay in Canada for some sort of brick and mortar entertainment? Not a chance. Many come to Canada to experience adventure, nature, scenery and to see our whales, birds, caribou, bears, moose and more living in their natural wilderness environments.

In 2000, the Federal-Provincial-Territorial Task Force published a report on the importance of nature to Canadians. The report stated that Canadian residents and American tourists spent $11.7 billion on nature-related activities in Canada, which contributed $17.3 billion to gross business production and $12.1 billion to Canada's gross domestic product. The same report indicated that Canadians spent $7.2 billion on outdoor activities in natural wildlife areas, and $1.3 billion on wildlife viewing activities. 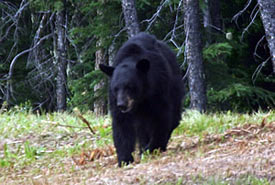 It's clear that there are staggering economic consequences when you take wildlife out of the tourism equation. Yet right now, as you read this, some species in certain regions are already becoming a fading memory — destined only to be remembered on a postage stamp.

According to a recent report by the International Union for the Conservation of Nature (IUCN). In their report, the IUCN indicates 22,784 species are threatened with extinction in the world. The IUCN estimates that 25 per cent of mammal species, over 12 per cent of bird species and over 30 per cent of reptile species are at risk of extinction. This will be a massive hit to our world's biodiversity. In Canada alone, according to Environment Canada, there are over 711 endangered plant and wildlife species at this time, and the list is growing faster than we can count.

Should you worry about the lost of wildlife in Canada right now?

In 2010 an Environment Canada report announced that the Atlantic population of grey whales and the prairie population of grizzly bears no longer exist. Gone! Wiped off the map. No more. This is called extirpation — a fancy word for extinction where species cease to exist in a specific geographic area, though they still exist elsewhere in the country. Extirpation, in other words, is just another word for a slow and painful death to a species.

If you still are not convinced, check out the state of the bison. No longer do they roam in massive numbers across prairie lands. Many are fenced in protected parks, with the exception of the Northwest Territories and northern BC along the Alaska Highway, and in Saskatchewan at NCC's Old Man on His Back Prairie and Heritage Conservation Area.

For the species that are still here but only in low numbers, their revival now depends on the re-introduction of the species and/or by protecting large swaths of land by hard working conservation groups like the Nature Conservancy of Canada. 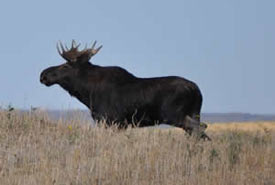 Yes... The changing attitudes of Canadians and the continued never-ending work of conservation associations in preservation and education are making a difference. Just recently, the Environment, Energy and Transportation Division of Statistics Canada released a report in April 2015 called “Environmental Engagement.” The report  states that one in five Canadian households engaged in volunteer activities aimed at conservation or protection of the environment or wildlife with the Atlantic provinces leading the way.

The future of Canada looks bright as the highest engagement was by families with children and teens. These are the same people who will be tomorrow’s leaders and decision makers. 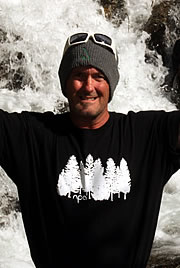