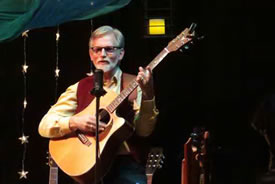 For folk songwriter and performing artist Paul Bezooyen, nature demonstrates balance, harmony and the inter-relatedness of everything. Nothing is more or less important than another thing. Nature doesn’t "try to be"... it just "is."  He works to create the space that allows his music to happen in the same way.

A musician since he was a child growing up in Alberta, now a BC’er living with his wife Catherine in Nanaimo, Paul has always been a big fan of acoustic music that is rooted in folk and New Age sounds. He says his instrumental music (he plays acoustic guitar, keyboard, bass and drums) aspires to be a "non-verbal expression of emotions and feelings."

Paul's first instrument was an empty Kentucky Fried Chicken bucket and a pair of chopsticks. Sensing their son had some musical aptitude and with the bravery of super-parents, his folks bought Paul a small drum set. His father, a musician and painter, had all kinds of instruments in the house when Paul was growing up; flutes, harmonicas, guitars. His father also loved nature and often took the family camping in BC’s interior. 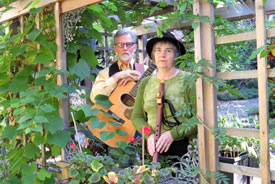 "He would bring us to these places and then let us be so we could experience nature for ourselves," Paul recalls. "Nature always puts things in perspective for me. No matter how crazy and disharmonious things can get, you can always return to nature — whether it’s a night sky or an ant hill. Nature is the thing that can lift us out of ourselves, our troubles, our distractions."

"Nature is the thing that can lift us out of ourselves, our troubles, our distractions." (Tweet this!)

Paul says he doesn’t walk around with a soundtrack playing in his head. He thinks he’s likely pretty ordinary; his mind is usually occupied with the constant chatter of inner thoughts...What bills to pay, what groceries to get, what’s for dinner. He thinks back to the family camping trips of his youth, the canoe and kayak adventures and the solo back-packing trips he used to make deep into the back country when his knees were in better shape.

The mountains have always held their appeal for Paul, and the ocean is another tug for him. "Music doesn’t come to me while I’m in those places but I think these places help me get perspective and feed my soul. So when I sit down to create music, the music comes from a good place or state of mind," he explains. Paul also draws inspiration from a quote by Nisargadatta Maharaj:

A little more than a year ago, Paul approached the Nature Conservancy of Canada (NCC) with a unique gift idea. He and Catherine had been following NCC’s work in Western Canada for the past 10 years and had made the decision in 2004 to include a provision for NCC in their estate plans — but that was for when. He wanted to do something now.

That’s when Paul decided to give NCC the rights to use music from his instrumental CD, Out of the Blue, as backing tracks to videos or slide shows or presentations that would help NCC reach out to wider audiences in a more creative way. Paul had also completed another instrumental CD, Wild Threads, featuring a Native American flute played by his musical collaborator Terry Mack. Terry was very supportive of the idea of donating rights to the music from this CD to NCC as well.

"The idea to share my music with NCC came from a belief that everyone has gifts, skills or knowledge they can pass on. Offering my music to NCC is just the right thing to do and it's no different than all of those who volunteer or support the work of NCC in so many other significant ways."

The timing of Paul’s musical offer last year coincided with NCC’s 50th anniversary, and NCC used another track from Paul’s Wind Weaver collaboration with Terry Mack to enhance a video that played at celebratory galas.

The Nature Conservancy of Canada thanks Paul and Catherine Bezooyen for their commitments to NCC’s mandate and their contribution to the way we talk about and present our conservation achievements and objectives.

To sample more of Paul’s music, visit these websites: 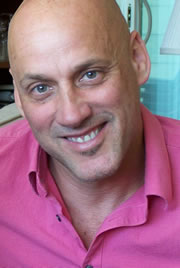 Michael Curnes is the director of development for NCC in the BC Region.