Gardeners & lawn owners beware: Invasive species may be in your care! (Part One) 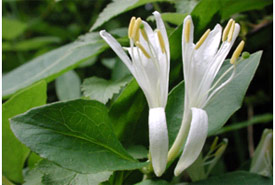 Recently, I discovered my family obtained Japanese honeysuckle from a friend and allowed them to proliferate into a big patch in our backyard. The flowers are fragrant and a pleasant sight, as well a common herb used in traditional Chinese medicine. I cheerily congratulated their gardening success, just to find out the next day that my well-intentioned parents had planted an invasive species in their yard.

As I was pondering whether or not to break the news to my mother and possibly request an uprooting of the plant, I phoned up Dan Kraus, Weston conservation scientist for the Nature Conservancy of Canada (NCC), to get his opinion and a little more insight into Ontario's alien invasive species. 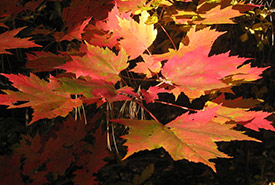 WH: What is the ecological impact in a case like mine, when home owners unknowingly plant invasive species?

DK: In an urban centre where it’s away from natural habitats, there’s less concern when people’s yards contain certain invasive species. But as we know, seeds can make their way to those ecological sensitive areas in numerous ways, for instance hitchhiking on our vehicles and/or animals or being carried by the wind. Invasive species often have no diseases or predators to limit their population, which gives them a competitive edge over our native species. When invasive plants take over they can reduce biodiversity of that area and pose other risks such as soil erosion in some cases.

WH:  How do we minimize the impact of invasive species that have established themselves on a local level?

DK: The best action is to be vigilant for invasive plants in our natural areas and try to manage them as soon as they are detected. This can include pulling, cutting and in some cases using herbicides to remove them. This means that it’s important to know what invasive plants might be present in your area, and what are your native plants and habitats. 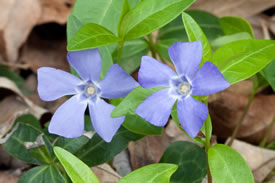 Norway maple is native to Europe and was introduced to North America as an ornamental tree due to its tolerance for urban stresses and rapid growth. Its dense shade limits sunlight to the ground and allows little life to grow, even grass!

Periwinkle is a highly competitive plant that creates dense ground cover limiting sunlight for other plants. Its leaves are also toxic to grazers and seeds are not suitable for bird consumption.

Finally, goutweed is a perennial from Europe and northern Asia that was brought over to North America to provide ground cover in gardens. Goutweed tolerates a range of moisture levels and sunlight and forms dense patches and displaces native species. 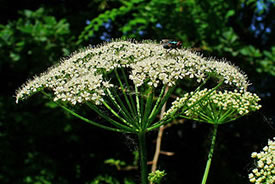 In this brief conversation and from my readings into invasive species, I realized that it’s not just up to the ecologists and conservationists to fight this ongoing ecological battle. It’s also up to us in cities and suburbia to educate ourselves on the topic and consider the consequences of our gardening choices.

Plants sold at gardening centres often include ones non-native to Canada. While many of these do not exhibit an invasive behaviour, some may escape from gardens and wreak havoc in the wild. On the preventative side, we can steer away from planting invasive, non-native species.

On the proactive side, why not consider naturalizing our lawn by introducing native species? Not only does it takes away the pressure of keeping everything pristinely preened but  you’re playing your part in helping native plants thrive! If you’re a little crafty, consider making it an educational experience for pedestrians and neighbours by erecting signs telling them the story of “the misunderstood messy unmown lawn” and seizing the opportunity to inform others about the benefits of native species.

But back to that invasive Japanese honeysuckle in my parents' backyard: after chatting with Dan, I brought up the topic with my parents over dinner one evening. To date, the plant is still a resident in their lawn but I also found in my next visit that native species had been sown in the adjacent corner of the garden. I think I’ve sown some positive seeds in their minds after all!