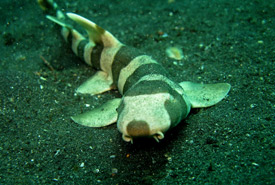 Every day, countless inspiring and informative stories are published about conservation successes or discoveries in nature and wildlife around the world. Here are some that caught our attention in July 2017:

Bees can get you buzzed

Dolphins with a “porpoise”

In an effort to conserve populations of vaquita porpoise, the world’s most endangered marine species, the Mexican government will deploy U.S. Navy-trained dolphins to find and herd vaquitas to a marine sanctuary.

Biologists have discovered that tomato plants can release a chemical that drives caterpillars to cannibalism.

Learn about lobsters’ strange mating rituals and how climate change threatens their reproduction.

Get a pinch of the story here >

No bird for you!

After 18 months of polling, debating and consulting with bird experts, Canada will not be recognizing the grey jay as the country’s national bird.

Scientists have found more than 100 cases throughout history of praying mantises killing and eating small birds.

Hunt for the story here >

Researchers have developed a new theory explaining why cheetahs, falcons and marlins are so fast.

Water bears won’t bear the brunt of an apocalypse

Results of a new study predict that tardigrades, also known as water bears, could survive a variety of astronomical disasters.

Bear the story in mind here >

Recent research reveals that instead of swallowing, bamboo sharks shrug their shoulders to bring prey into their stomachs from their mouths.

Life in plastic…it’s not fantastic