June roundup: Conservation and nature stories from around the world that caught our eye this month 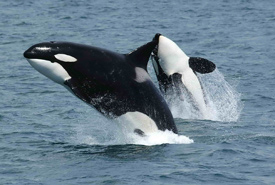 Every day, countless inspiring and informative stories are published about conservation successes or discoveries in nature and wildlife around the world. Here are some that caught our attention in June 2019.

Mush through the slush

A dog-sled team hauling scientists through melting sea ice in northern Greenland is drawing attention to the high temperatures this year in the high Arctic.

Race to the story >

In the absence of widespread action to address climate change, young people around the world are leading the charge.

Canada has passed a bill that makes it illegal to keep and breed whales, dolphins and other cetacean species in captivity.

While animals facing extinction often capture the most media attention, plant species are not faring much better. Their loss could have wide-ranging consequences.

A tiger by any other name

Scientists have proposed reclassifying tiger populations into six distinct subspecies, to help save the last 4,000 tigers left in the wild.

Pounce on the story >

New Zealand is for the birds

Conservationists in New Zealand want to remove all invasive predator species, returning the islands to their native bird-dominated ecosystems by 2050.

With coral reefs among the most at-risk environments in the world today, could creating coral farms be the solution to saving the world’s reefs?

To combat litter and plastic pollution, the Government of Canada has announced a plan to phase out single-use plastics by 2021.

The Nature Conservancy of Canada is asking motorists to slow down and help turtles cross the road.

To get to the other side of the story >