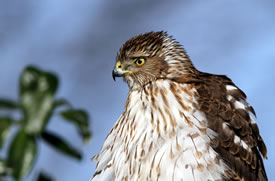 To say I am not a professional birder is probably an understatement. If the Saskatchewan conservation staff at the Nature Conservancy of Canada (NCC) are in the big leagues of birding, I am just lucky to be watching on the couch. In the MLB (no, not that MLB, but rather Major League Birding), we have the Babe Ruth, Michael Jordan and Wayne Gretzky of birding. The types of birders you tell your kids about, that have constant highlights on all the major birding networks (Extreme Birding Network) and leave you constantly in awe.

This is the big time. When the lights are bright and the world is watching, these professionals have nothing but their binoculars to make a great birding play. These birders aren’t joking around.

If NCC staff are the pinnacle of birding performance, then I am the kid who traded birding cards, never missed a top birding match and loved every birding moment, but was only ever destined to watch from the sidelines. An amateur with a love for the game. 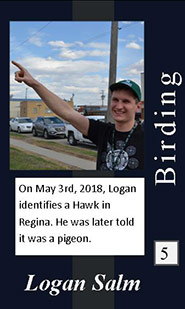 Okay, so none of that is true. But if Major League Birding ever becomes a real thing, there will be some real superstars coming from NCC's Saskatchewan office. The analogy still holds true for my amateur birding career though. As a child, my sister and I would often stare out the window of the car on long family road trips, counting birds of prey. My parents would have to put up with us yelling, “There's another one!” hundreds of times. On a day that will live on in family lore forever, we saw a remarkable 157 hawks in a single trip. As a child, the rush of seeing the next bird was as exciting the first time as it was the 157th.

I loved seeing birds as a kid, but I did what many amateurs do ― I eventually hung up my binoculars and retired from amateur birding. But as a new intern at NCC, I was recently forced out of retirement when I tagged along to a Conservation Volunteers event, counting birds of prey in Avonlea, Saskatchewan. 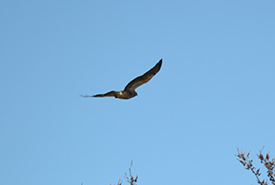 Hawk soaring in the sky (Photo by NCC)

Just like a kid meeting his favourite sports hero, my colleagues’ amazing knowledge was intimidating at first. They have forgotten more about birds than I will ever know. Even still, it didn’t take long before I was a little kid again, counting birds from the back seat of a car. Each sighting was just as exciting as the last. Seeing great-horned owls and ferruginous hawks gave me the same feeling of wonder I had as a kid. Sure, at first I thought that gulls only came in the “sea” variety, And I forgot the name of the black bird with the red wings, which I learned is, aptly, called a red-winged blackbird, but with the help of NCC staff, I still had a great time.

Most people who lace up their skates as kids never become professional hockey players, but that doesn’t mean that it isn’t still fun to strap on the old blades and glide around the local rink. Initially, I was intimidated that NCC staff knew so much more about birds than I did, but I’ve now come to terms that I may never make the big leagues of birding. That doesn’t mean that I won’t enjoy yelling, “There's another one!” on my next field day.

So whether you can differentiate between a Baird’s sparrow and a savannah sparrow, or if you sometimes mix up Canada goose with a peacock — who cares? Go out and enjoy Canada’s birds. I may be an amateur, but I won’t be watching from the couch anymore. I’ll be outside identifying, and probably more often misidentifying, birds…and loving every minute of it.