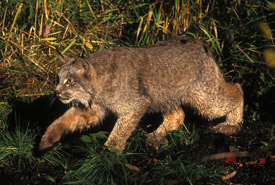 Every day, countless inspiring and informative stories are published about conservation successes or discoveries in nature and wildlife around the world. Here are some that caught our attention in May 2019.

The United Nations’ assessment on the state of global biodiversity finds that 1 million species are at risk of extinction.
Read more here >

Echoes of a cure

New vaccines could be key to saving North American bat populations, as they battle against white-nose syndrome, a fungal disease that has been devastating hibernating colonies.
Listen for the story >

Stirring up the status quo

The UK government plans to introduce new restrictions on straws, drink stirrers and other single-use plastic items in an effort to limit ocean pollution.
Drink in the story >

A new species of gecko has been discovered in a threatened micro-habitat among the savannah forests of Sri Lanka.
Stick to the story >

Getting used to the heat

With rising global temperatures and other factors resulting from the mounting climate crisis, wildfires are expected to become an unavoidable part of Canadian summers.
Ignite your curiosity >

A trio of dogs in Australia has been trained to sniff out a species of alpine stonefly in its natural habitat, giving scientists a leg up on their study of this endangered species.
Sniff out the story >

As we are quickly losing the wild cousins of our livestock and crops, what does this loss of genetic biodiversity mean for our domesticated species?
Wrangle the story >

Teens to the rescue

A movement among the youth of Madagascar is leading the fight against deforestation and championing the cause of biodiversity conservation.
Rescue the story >

Kateri Monticone of the Nature Conservancy of Canada explains the need to maintain ecological corridors for species such as lynx as they migrate in response to environmental changes.
Track the story >