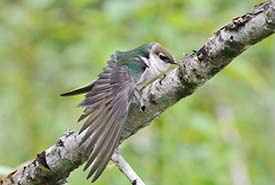 Last year was a pretty “big” one for me, birding-wise! I committed to completing a "Big Year," a quest to see as many bird species as possible in one year in my beautiful home province of Ontario, and held onto that goal until dark on the last day of 2017.

I grew up in Leamington, Ontario, and Point Pelee National Park, arguably Canada’s number one birding locality. Though I visited Point Pelee regularly as a child and knew people looked at birds here, I only personally became interested in my early twenties. Birds and wildlife immediately consumed my life and I quickly became involved in Ontario’s competitive birding scene, searching for rarities and trying to add new species to my lists. I decided a few years ago that I would commit to a Big Year in Ontario in 2017, and I devised a strategy to catch up with as many species as possible among Ontario’s nearly 500 bird species, keeping in mind that around 200 of those species are notably rare. 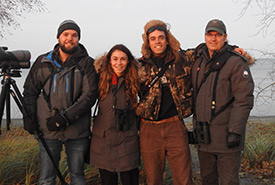 With the support and help of hundreds of great friends, family, clubs and my sponsors at Vortex Optics, I managed to identify and list 346 bird species across Ontario, breaking the previous provincial record of 343 set in 2012 by my friend Josh Vandermeulen! I am especially grateful for a handful of very close friends who were by my side throughout the year, including Tim Arthur, Josh Vandermeulen, Sarah Lamond and Bruce Di Labio. These four special people played various roles in birding and provided moral support, good company, friendship and mentorship throughout my Big Year. Alan Wormington, one of my closest friends and mentors, sadly lost his battle with cancer just months before the year began, but his spirit ignited a fire in me to do him proud through the year. 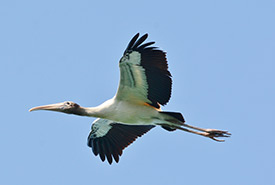 There were far too many highlights to list here, but some of my favourites include slaty-backed gull, violet-green swallow, magnificent frigatebird, wood stork at my home park of Point Pelee, northern gannet to break the previous record, and barn owl at a secret location due to its endangered conservation status.

Highlight trips and locations include multiple drives through beautiful Cochrane and Thunder Bay Districts, a crazy five-day, 4,600-kilometre round-trip drive to Rainy River and back, and camping in my car virtually everywhere in southern Ontario.

I must note that a 102,000-kilometre “vacation” was not the most environmentally friendly way for a conservationist to spend a year.  I aim to expose and promote as many members of our society as possible to explore topics like conservation, wildlife and natural history, with the hope that they too will get involved. Throughout the year I recorded all of my sightings in eBird, the popular online database for bird listing and conservation run by Cornell University's ornithology lab.

It still shocks me that this story has gained so much traction in media outlets across Canada, but I think the popularity of this story is a huge step toward the above goal. The work I do professionally supports a purely conservation-based project, building up data regarding the health of the Great Lakes, and I spend much personal time, thought and energy on volunteer conservation efforts. I also aim to inspire young people to follow their dreams and to do good for the natural world.

This Big Year will perhaps remain the most special set of memories I ever collect. For that reason, I am continuing to document it with more details and images on my personal blog. I invite you to visit jeremybirder.blogspot.com to read more about the journey! 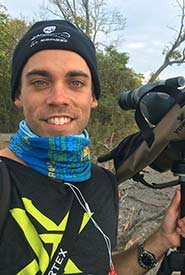 Jeremy Bensette is a diehard naturalist, birder, wildlife photographer and conservationist from Essex County, one of the most biodiverse and conservationally sensitive regions in Canada.