A star- and conservation-filled weekend 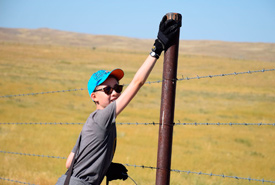 A young CV capping the posts with post caps provided by Mosaic potash. (Photo by NCC)

There was just the occasional raindrop as my wife, Gail, and I began to set up our tent Friday morning at Old Man on His Back Prairie and Heritage Conservation Area (OMB). We had watched the rain move across the landscape for the last hour, as we made our way toward the awesome Nature Conservancy of Canada (NCC) ranch in the southwest corner of Saskatchewan. By the time we had the tent about half-way assembled, the occasional drop had now turned into a pretty steady shower, but once the tent was up and the fly was successfully in place, the rain stopped. It was a gentle reminder that we aren’t in control of the weather.

By early afternoon, volunteers from across Saskatchewan and Alberta began to arrive for the annual OMB Conservation Volunteers event. The event had been, once again, completely booked for weeks. Trailers were parked, and tents began popping up all around us while NCC staff busily prepared the first meal of the weekend. 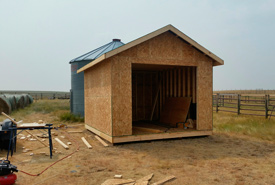 Making progress on the 12-foot by 16-foot shed, needed to store equipment and supplies. (Photo by NCC)

Volunteers and staff were in for a weekend of many interesting and fun events, including capping hollow steel fence posts to protect prairie songbirds. Too many birds have flown or fallen into hollow posts and died after being unable to get back out. Volunteers walked the fence line across this amazing prairie landscape and capped the posts with post caps, provided by Mosaic potash, to make them safe.

Participating in a bioblitz was another activity volunteers and NCC staff could participate in. Volunteers worked with staff to observe and identify species on the land. It was exciting and interesting for volunteers to spot insects and plants species that were new to them, and to learn a bit more about these species and how they fit into the ecosystem. There is an incredible biodiversity in this native prairie ecosystem that NCC is committed to conserving, and being able to gather population data is vital to conservation work. 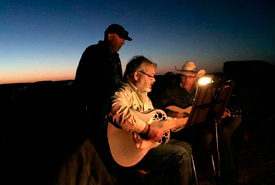 Cliff Schmidt, Craig Dumontel and me playing a few songs around the campfire. (Photo by NCC)

At night, the bats at OMB begin their work eating insects (hopefully they end the evening with their tiny bellies full of mosquitoes). To support these amazing little creatures, volunteers had an opportunity to help build and install bat boxes on the property.

On Saturday evening, there was a safe (no spark) campfire in the parking lot. While the kids roasted marshmallows for s’mores, there was some fun entertainment provided by volunteer Cliff Schmidt from Wakaw, Saskatchewan, and Craig Dumontel, a local rancher, musician and friend, and their guitars. I even managed to join in, plucking a few of the right chords and croaking out a song or two. 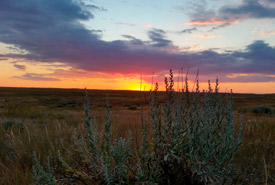 The sun setting over a great weekend at OMB, SK. (Photo by NCC)

As darkness settled over us, the night sky blossomed with stars that us city dwellers rarely see. The Milky Way formed a bright arch over our heads, as Daniel from the Royal Astronomical Society began to share his knowledge. Through his telescope, we had amazing views of planets and stars. It was truly an awe-inspiring experience.

The particular volunteer experience I signed up for was to help build a 12-foot by 16-foot shed, needed to store equipment and supplies used to operate this 13,088-acre (5,297-hectare) working bison and cattle ranch. We ordered the building materials for the shed from Swift Current Building Supplies, who generously donated the outside finishing materials, which amounted to almost a quarter of the total cost.

Local rancher and occasional NCC employee Allan Dumontel and a variety of the other volunteers continued to work all day Saturday and Sunday, and some of us even worked part of Monday. We successfully completed the basic structure, but the shingling, siding and doors were set aside for another day.

On Monday, I took down our tent and hit the road.

When I returned to the ranch the next morning to pick up some equipment, I discovered that the almost-completed shed had become a hangout for some barn swallows. This beautiful and, unfortunately, threatened species has enjoyed making its home in our ranch buildings. When I stepped into the shed to pick up a box, there was a mass exodus of what seemed to be at least a hundred of the beautiful little birds. It left me thinking that we’d better organize the next work days soon or the swallows will be making this their next home. They have certainly been making significant "deposits," so ownership may not be far behind.

Overall, it was a great weekend with significant conservation successes across OMB. I can’t wait until next year! 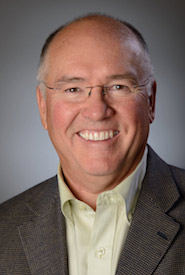