Photographing one of the Cowichan Valley's best-kept secrets 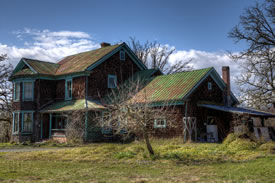 In all truth, Elkington House is one of Cowichan Valley’s best-kept secrets, with deep roots in our local heritage and history dating back to the time of colonization on Vancouver Island. The 119–year-old heritage house sits in the Cowichan Garry Oak Preserve, owned by the Nature Conservancy of Canada (NCC). The house is surrounded by a grove of rare Garry oak trees. These gnarly trees and their associated ecosystems are extremely rare and form the basis for the importance of the conservation work on the land. They also exude terrific character, adding to the overall feel of our visit to the house itself.

It took over three years to finally make all the arrangements necessary for our visit in March. The air was frigid and damp, as it frequently is this time of year. The silence was so profound it almost felt heavy at times, leaving us to feel like we were the only people around for the nearest hundred miles. And thus began an adventure that would eventually bring us full circle with the Elkington family and the terrific folks at NCC who helped make this project possible. 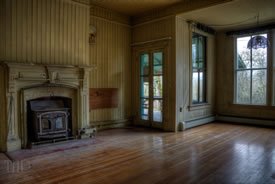 The Elkington family arrived on the shores of Canada sometime around 1884 with the notion of setting up a farm and helping contribute to the colonization activities that were happening all over the island.  In 1894 the first house built for the family burned down overnight, and the house we see here today is the result of the rebuilding process. During the time when the new house was being constructed, all the hands and family members were dedicated to keeping the farm fully operational, and as such their livelihood continued unabated. It’s this very spirit that created a resiliency that was necessary for survival in a new and untamed land.

It’s easy to lose sight of how hard life must have been for the Elkingtons at that time. There was no power, no central heating, no real community infrastructure. Winters were harsh and long, and risks were plentiful.

As we explored the house, a bigger picture began to emerge. So many birthdays and family events were hosted here, and through our direct connection with remaining family members we know that these times left an imprint on everyone that is still strong today. We felt this presence in every room as we worked our way through the home trying to capture broader perspectives of the architecture, details and surrounding lands, and some of the wonderful vignettes that made their presence known. 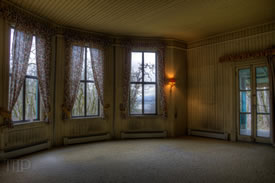 For us, a shoot like this is only the very beginning. It’s the act of discovery in such projects that reveals more, allowing us to have profound and personal connections with both the site and the images we produce as a result of the session. We find that through these projects we learn more about who we are and why we choose to live here, and this has a direct tendency to bring our rich history forward to today, making it much more tangible.

Standing on the edge of modern contemporary times it’s easy to lose sight of some basic truths. We can all stand and admire a house like Elkington House and appreciate the traditional architecture and detailing that went into it’s design. But life 120 years ago here on the island was hard and was fraught with danger.  It was the coming together of communities and peoples that made survival possible. And through this act of survival the times change and eventually the people and communities thrived. Would we even be here if not for these selfless and brave acts? Even one person, one life led with the best of intents, can lead to changes that may not be readily evident in today’s times but are key to the lifestyles we enjoy on these very same lands today.

The Cowichan Garry Oak Preserve is one of the Nature Conservancy of Canada’s most dynamic conservation areas. Located near the Duncan on Vancouver Island, the 52-acre (21-hectare) preserve protects one of the last, best examples of the endangered Garry oak ecosystem. Also protected on the preserve is a 119-year-old two-storey, Italianate-style farmhouse that was built by the prominent Elkington family, who were among the earliest European settlers in the area. The house sits in the midst of a Garry Oak meadow that the Elkingtons referred to as Oak Park and allowed to remain in its natural state.

NCC purchased the property in 1999. Now known as the Cowichan Garry Oak Preserve, the conservation area has become an international centre for research in Garry Oak ecosystem restoration techniques.

Despite the farmhouse’s rough shape, the Italianate-style building was granted heritage status in 2008, becoming the first home to win this designation in the Cowichan Valley.

This past March, Toad Hollow Photography visited the house several times to document this important historical building. Read more about this project here > 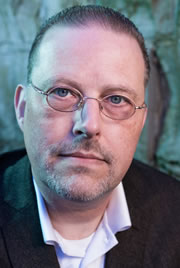