The day peace was announced 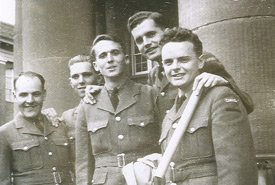 I graduated from an abbreviated Toronto medical course in June of 1944. My real interest as a youth was to become an ornithologist but that did not resonate well with my father or the culture of the times. Instead I decided upon medical school and have spent the past 71 years practicing medicine and exploring nature wherever and whenever I could.

Medical school was cut short by a year as our presence was thought to be quickly required on the battlefields of Europe. We graduated as lieutenants in RCAMC and became Captains after our officer training. The European war ended in May, 1945 and most of us were put in the 5th Division; a ship was standing by to take us somewhere in the Pacific when the Nagasaki bomb ended the war.

A small tale regarding the latter. An early day in June 1945, as I was walking in my lab coat in front of the General Hospital. As I gazed up at a tree full of migrating warblers, I became aware that a car on the road beside me squealed to a stop. Almost immediately I found myself being hugged from behind by a man in a three-piece grey suit with a gold watch chain. I looked at the stranger, and probably in alarm, perhaps with a frightened look on my face.

Immediately he exploded: "Don’t you know it’s all over? The Japanese will unconditionally surrender in Tokyo harbour a few minutes from now on the U.S. aircraft carrier." He shook my hand and said, "Sorry to frighten you sir but this is big news on a big day." Almost immediately all cars within hearing honked their horns and the jubilation of War’s end began. He raced back to his car still with the motor running and drove off to his job at Queen’s Park.

Two weeks earlier, in going to transfer to the active 5th Division assigned already to the ongoing war in the Pacific, I had been promoted to major. Toronto Army Headquarters quickly announced that promotions of the last fortnight were to be ignored. I reverted to captain but the reason for it was so joyful that I had no regrets.

I remember telling somebody that if I had been a major-general and reduced to private under the circumstances I would have been equally joyful!

This is the tenth in a series of blog posts Dr. Barnett will be contributing to Land Lines in the next few months. 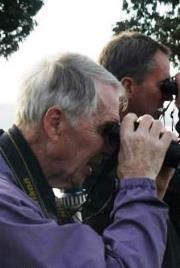