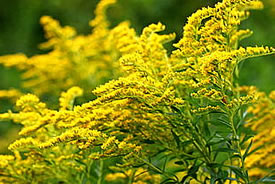 Each week, countless inspiring and informative stories are published about conservation successes or new discoveries in nature and wildlife around the world. This year, we're launching a new feature on Land Lines to connect you with  some of those stories: the Friday Five, a weekly roundup of the top conservation and nature stories from around the globe.

Here are five stories that caught our attention the week of January 18, 2016:

When we think of England, we tend to think of manicured lawns and gardens, heaths and downs. But our friends across the pond made headlines around the world this week with the announcement that England would be doubling the number of its marine conservation areas. What should have been cause for celebration has garned negative criticism from some conservationists, however.

Find out what they had to say >

A big year for African wildlife

What do Taylor Swift, Internet Kingpin Tencent and Pope Francis have to do with lions and tigers and Africa? This story from National Geographic sums up the top eight African wildlife stories of 2015. It may feel like a world away from our efforts in Canada, but conservationists know that we are all connected when it comes to conserving our planet's wildlife and natural areas.

While we're on the topic of conservation in Africa, this story about the efforts of elders in Kenya to conserve some of the country's sacred forests also caught our eye. Says the article: "In Kenya, culture-based approaches to protecting ecosystems are recognised in the Constitution, which recognises the rights of people, including marginalised and indigenous peoples, to participate in a cultural life of their choice."

In Canada, monarchs and a wide diversity of insects are found wherever milkweed and goldenrod exists. But it seems that in other parts of the world, this golden plant isn't so golden; instead, it's a threat to native wildlife. The plant has run rampant throughout fields in Europe and Asia, and it's killing off native ants and butterflies.

Discover why goldenrod is a serious threat to European biodiversity >

Phytodiversity — it's a mouthful, but it's also an important concept in the struggle to conserve the world's biodiversity. Reporting from Karachi, this story described the proceedings of a three-day conference on the topic. As we learned from this story, Pakistan has some of the world's most extreme variation in topography and plant diversity — so the topic was particularly timely.