Year of the Horse: The wild horses of Sable Island 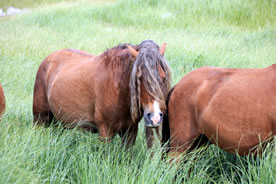 According to the 12-year cycle of the Chinese zodiac, the year of the horse begins on January 31. In related mythology, this fine animal is viewed as being bright, capable, energetic, intelligent, and warm-hearted, which are attributes that somehow transfer to people born in a year of the horse.

As interesting as these musings may be, they are pretty mystical and non-scientific, and as an ecologist, a kind of scientist, I am sceptical about astrological predictions. Nevertheless, I do acknowledge and respect the cultural implications of those sorts of beliefs. And so, in recognition of the year of the horse, I thought I would write a blog about this animal in the context of conserving the natural world.

The horse itself, the species Equus ferus, was an extremely widespread animal some ten thousand years ago. That was at the end of the most recent ice age, during which most of the land at higher latitudes, including virtually all of Canada, was covered in ice sheets up to several kilometres thick. When the extensive glaciers melted back, there were indigenous wild horses ranging over much of North America and Eurasia.

However, the horses in America became extinct, likely because they were over-hunted as food by early human colonists that had “discovered” that landmass by migrating from Asia across a Beringian land bridge. Climate change may also have pushed the extinction of horses in North America. However, horses continued to thrive in Eurasia.

Horses were first tamed for riding about six thousand years ago, likely in central Asia. They were then progressively domesticated for use in transportation and as work animals and quickly became widespread and important in many human economies and cultural expressions.

Much later, the Spanish began to colonize large regions of the Americas and brought Eurasian horses with them, and soon large feral populations developed in various places. These introduced horses became especially abundant in the vast interior grasslands, and their population may have numbered in the millions.

Some of the original Amerindian cultures recognized the great utility of horses, and they captured and tamed many of them for use as a mobile platform for hunting and other purposes. Many wild horses were also rounded up by European colonists for use as work animals on farms and in cities. Until the first decades of the twentieth century, there were millions of horses working for people across North America and elsewhere — they had not yet been replaced by motorized vehicles and other machines. 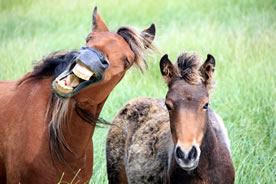 Where have the wild horses gone?

Today, like the prairies, the great herds of wild horses, and those of other large animals, have disappeared. This has occurred because the original grasslands were fenced into relatively small privately owned parcels, a change that impedes use of the habitat by free-ranging large mammals. In addition, great expanses of tame pasture were seeded to alien forage plants, which also degraded conditions for many species. Moreover, the horses and other large wild herbivores, such as bison, were drastically reduced by over-hunting, partly for commercial gain but also because they were viewed as unacceptable competitors for domestic cattle.

Today, only a few wild populations of horses occur in the Americas. Because they were not present in pre-Columbian times, from an ecological perspective they are regarded as an alien species. Nevertheless they are well-naturalized to certain ecosystems and are obviously capable of maintaining self-sustaining populations. These wild horses occur in various places in drier regions of the interior grasslands, where they are much admired by many visitors.

At the same time, however, wild horses are disliked by many ranchers, who covet the scarce forage for their own cattle or sheep, especially during times of drought.

More to the point of this blog, however, the wild horses also compete with native herbivores and endanger some plants by overgrazing and other habitat damages. Some of these concerns also apply to a few populations of wild horses in other locations, including offshore islands such as Sable Island off Nova Scotia and Assateague Island off Maryland.

In the context of biological conservation, which primarily seeks to maintain viable populations of native species and natural ecological communities, feral horses are viewed as invasive alien stressors that degrade habitats. This is a particular consideration in protected areas such as parks and ecological reserves, where a bottom-line consideration of stewardship is to maintain or improve natural ecological conditions. In those circumstances, populations of any alien species are generally considered to be unacceptable stressors, and so they may be culled to reduce their abundance.

However, whenever there is a proposal to cull wild horses, there is a great outcry from people who admire the animals. The sympathetic views of horses held by these people are a result of a number of socio-cultural influences, including exposure to literature, movies and other popular media in which horses are portrayed in highly compassionate ways. Another more philosophical attitude assigns value to the sentience of animals, including non-human ones, and so rejects causing unwarranted suffering to such critters. That ethical consideration would trump certain ecological objectives, such as culling horses in order to conserve natural habitats or endangered plants.

The horses of Sable Island

I have done conservation research in a protected area where these considerations about horses are vital: Sable Island, located about 175 kilometres seaward of the Nova Scotian mainland. Horses were introduced to the island several centuries ago, mostly to provide unmanaged stock that could periodically be harvested and taken to the mainland as work animals, while also providing shipwrecked mariners with an emergency source of food. The horses have thrived on Sable Island and maintain a population of several hundred, which appears to have been recently increasing, perhaps because of a series of milder winters.

In the late 1950s, some biologists working on Sable Island proposed that the feral horses be removed to the mainland. They believed the animals were damaging habitats of the island, and that proper stewardship required their removal. This proposal quickly stimulated a national controversy, with many people sympathetic to the horses objecting to their potential removal — there was even a touching letter-writing campaign by schoolchildren. In response, the federal government of the day, led by John Diefenbaker, amended the Canada Shipping Act to state that: “No person shall, without written permission, molest, interfere with, feed or otherwise have anything to do with the ponies on Sable Island.”

Since then, those horses have been left to their own devices. They are free to wander about, eat what they want and love, frolic and fight according to their impulses and needs. They also receive no supplemental food during tough times, and no veterinary attention. They are truly free and wild, but in an ecological context are also an alien species that is causing some degree of harm to the habitats of the island. 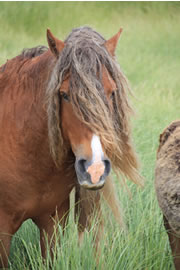 Today, Sable Island is a new National Park Reserve. It is managed by Parks Canada, whose National Parks Act includes the statement that, “Maintenance or restoration of ecological integrity, through the protection of natural resources and natural processes, shall be the first priority of the Minister when considering all aspects of the management of parks.” Because ecological integrity is degraded by any populous alien species, the horses should be regarded as a threat to that particular mandate.

However, Parks Canada is also charged with conserving culturally valued resources, which is an obvious mandate when dealing with historical buildings, but it also applies to national parks. In this sense, the horses of Sable Island are a cultural resource that is cherished by many people and should therefore be conserved, even if that action is at odds with ecologically minded stewardship.

This is a conundrum; a dilemma that, at least for the time being, can only be managed by an approach that represents a balance between essentially irreconcilable concerns — those of people who desire the horses to be left alone, and others who want the protected area to be managed on an ecological basis.

This case illustrates an important context of biological conservation: that vital decisions about the stewardship of protected areas are informed by a number of considerations, some of which are in conflict. In this particular case, the disagreement is between views founded on a loving empathy for wild horses, versus others that  view the animals as an invasive species. In various manifestations, this is a problem that all managers of protected areas must confront, and although a balanced consensus may be reached, the resolution is never totally satisfactory to all of the competing interests.

In any event, for the immediate future, and perhaps forever, the horses of Sable Island will continue to survive as a wild population. That situation is likely to continue as such, unless a large change occurs in socio-cultural and ecological priorities about the management of protected areas in Canada. 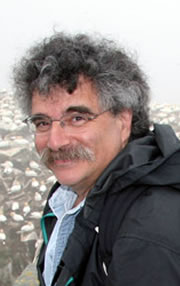 Bill Freedman was a long-standing NCC volunteer and former National Board Chair. He was a researcher and professor of biology at Dalhousie University.