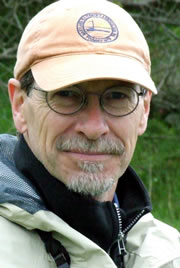 Gary Bell has worked for the Nature Conservancy of Canada as the program director for eastern Ontario since 2006, when he returned to Canada after spending nearly 20 years with The Nature Conservancy as a scientist and conservation planner in California and New Mexico.

Gary grew up exploring the woods and waters of Ontario and worked his way through high school and university as a seasonal naturalist in Algonquin, Pinery, Lake Superior and Sandbanks Provincial Parks. After a bachelor’s degree from Queen’s University and masters and PhD from Carleton University, he thought he was going to be a university professor but a love of the land foiled those plans and led him to a life of conservation.

He retired from his career with NCC in December 2019 and is enjoying his retirement at his cottage on Wolfe Island near Kingston.

An inordinate fondness for weasels