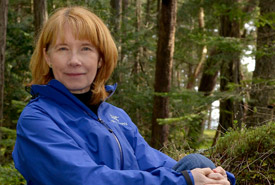 Linda began her career as an interpreter for Parks Canada in Yoho National Park. She went on to spend more than two decades in the provincial governments of Alberta and British Columbia, assuming increasingly senior responsibilities related to sustainability and environmental management. She served as assistant deputy minister responsible for BC Fisheries and also worked in the Premier’s Office as the assistant deputy minister responsible for the implementation of the Nisga’a Treaty.

Linda has worked as the executive of a large non-profit organization, has served on several boards and has consulted in the private sector and is a senator of the University of Victoria.