Bringing bison back to the landscape 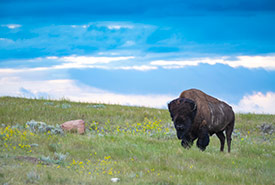 When thinking about the Prairies, images of the iconic plains bison often comes to mind. These massive animals, also called buffalo, influence grassland ecosystems by a magnitude proportional to their size. Bison grazing patterns shape the structure and diversity of plant communities across the landscape. Their heavy hooves aerate the soil and press plant seeds, many of which have hitched rides on the bison’s woolly fur, into the ground for germination. Bison urine returns nitrogen to the soil. Wallows — shallow depressions created when buffalo paw and roll around on the ground — collect and retain water, creating patches of habitat that support groups of insects, amphibians and plants that differ from the surrounding dry prairie. A bison’s impact on the environment continues even after its death, when the decomposition of its body enriches the surrounding soil with an influx of nutrients. 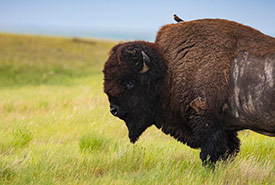 Plains bison with cowbird on its back (Photo by Jason Bantle)

Bison are also culturally significant to many Indigenous Peoples, including Nations and communities in the Prairies. Much more than just a source of food and hides for shelter and clothing, buffalo have sustained Indigenous Peoples physically, spiritually and emotionally for thousands of years. Bison feature prominently in Indigenous cultures, traditions, ceremonies and stories; Indigenous Peoples and bison are inextricably linked. 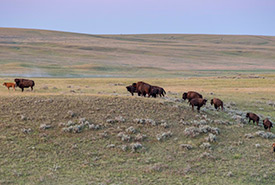 Bison at Old Man on His Back Prairie and Heritage Conservation Area, SK (Photo by Jason Bantle)

Millions of plains bison once thundered across the plains of North America. As European settlement expanded onto the North American plains in the 18th and 19th centuries, bison populations were decimated through overharvesting and intentional slaughter by settlers. Once numbering in the millions, bison populations were reduced to fewer than a thousand individuals by the end of the 19th century.

In recent decades, First Nations, national and provincial governments, non-governmental organizations and Indigenous-led collaborations such as the Buffalo Treaty have been working to return bison to the landscape through the establishment of bison herds throughout their former range. Since 2003, the Nature Conservancy of Canada (NCC) has been managing a small herd of plains bison at the Old Man on His Back Prairie and Heritage Conservation Area (OMB) in southwestern Saskatchewan. The herd, now managed at around 100 animals, roams over approximately 3,400 hectares of native grasslands at OMB. However, herd management implications go well beyond the bison’s role in maintaining the health and integrity of the grasslands at OMB. 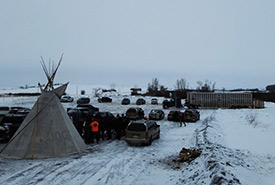 NCC recently worked with a group of Indigenous advisors that provided guidance on the development of a long-term management strategy for the OMB bison herd. One key recommendation from the group was that as the manager of a healthy bison herd, NCC has a responsibility to provide opportunities for Indigenous cultural traditions and practices involving this important animal. This includes through the provision of bison to supplement or help establish First Nations bison herds. 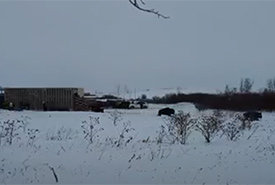 This past January, 10 bison calves, a two-year-old bull and a group of adult females of various ages from OMB found a new home among their Indigenous relatives at The Key First Nation, as part of the establishment of a new herd, along with animals from Parks Canada’s Grasslands National Park herd. Interestingly, two of the adult female bison were part of the initial group of bison calves that founded the OMB herd back in 2003. Given that bison herds are matriarchal, these elder females will be particularly important in helping establish the social dynamics of this new bison herd. Congratulations to The Key First Nation on their successful establishment of a bison herd! 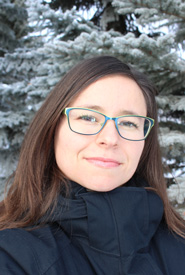 Kristen Martin is a assistant conservation science coordinator for the Nature Conservancy of Canada in Saskatchewan.