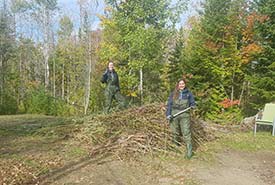 They say that many hands make light work. Well, I don’t know if the hard-working young people who hauled brush, cut phragmites stems or collected buckets of acorns would tell you that the work was “light” but I can certainly say those hands were a big help!

In 2020, the Nature Conservancy of Canada’s (NCC’s) Ontario Region embarked on a new partnership. The Canadian Conservation Corps (CCC) is a program developed by The Canadian Wildlife Federation (CWF) and funded by the Government of Canada through the Canada Service Corps initiative. The CCC is a program for youth ages 18-30 to immerse themselves in the world of conservation in Canada. Participants interested in joining the CCC need no previous experience or education in the field of conservation, just a desire to learn and willingness to get their hands dirty. 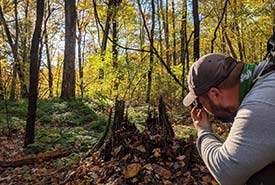 CCC participant in the field in Southwestern Ontario (Photo by NCC)

What is the Canadian Conservation Corps program?

The program is divided into three stages over nine months. During stage 1, participants embark on a wilderness adventure with Outward Bound Canada. Their adventure could be a sea kayaking trip, camping in the Rockies or dog-sledding through snowbound national parks. Stage 2 builds on the outdoor and leadership skills participants learned on their adventure. Participants are placed with an environmental organization for a 12-week placement where they work on real-world conservation projects, such as habitat creation and restoration, land stewardship, outreach and science-based projects. Stage 3 is an outreach and service project in their home communities to engage other youth in a conservation topic that the CCC participants have developed an interest in.

In Ontario Region, we were lucky to host six participants from the CCC program for their stage 2 placements. As with many things this year, COVID-19 added some extra challenges to coordinating the program. However, we worked with CWF staff and CCC participants to ensure that everyone was able to work safely and comfortably. Participants were stationed across southern Ontario. They participated in projects ranging from trail building, to invasive species control and seed collecting. 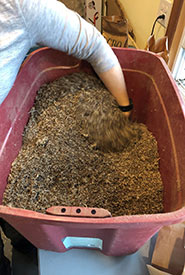 CCC participants worked with staff to complete priority stewardship work in the Saugeen Bruce Peninsula, Southern Norfolk Sand Plain the Lower Maitland River Valley and Western Lake Erie Islands natural areas. We were lucky to have an enthusiastic bunch who were flexible and willing to try out new tasks. Some participants became very familiar with invasive phragmites and helped map populations and cut stems growing in wetlands. 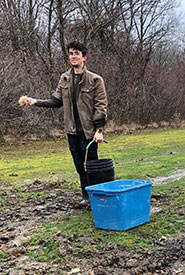 Participants went to Pelee Island, where they spread native, locally-collected seeds by hand at a wetland restoration site. We also tapped into the expertise and skills that participants brought with them. One participant had a background in interior design and a keen eye for space planning. They helped re-design and organize one of our equipment storage barns; maybe not what you think of when you think of conservation work, but an important piece of the puzzle to keep staff working effectively. I think I speak for all six of the participants when I say that they developed a very thorough understanding of the impacts of invasive plant species, and the hard work it takes to control them on a landscape. We are so thankful for the effort they put in during their placements!

Inspiring the next generation of conservationists

Partnerships like this are incredibly valuable, as they provide the collaborative approach it often takes to accomplish stewardship work. Participants gained hands-on field skills that they can take with them as the move onto their next adventure, perhaps in the world of conservation. I hope that the experience they had with NCC helped them get a taste of what it’s like to work in the conservation world. Most of all, I hope that they were able to appreciate the value of teamwork. A hard day in the field is made easier when you have helpful hands around to lighten the load. 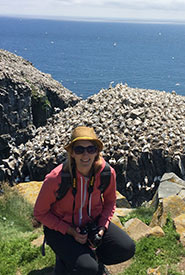 Katherine Culbert is the development officer responsible for grants coordination for Ontario Region with the Nature Conservancy of Canada.