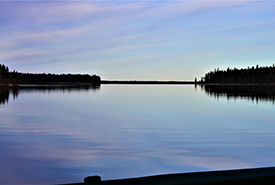 Canada is an incredibly picturesque country, with vast swaths of wilderness and epic national parks. Canada's parks are some of the best places to experience and connect with nature. From coast to coast, there are parks with turquoise glacial lakes, snow-capped peaks, stunning waterfalls and adrenaline-inducing whitewater rivers. In honour of Canada’s Parks Day, here are six Canadian national parks worth visiting.

Manitoba’s Riding Mountain National Park is a stunning spot if you’re looking for a park with fewer visitors. It’s one of the best places in Canada for nature photographers because it is less busy than other parks, and this means that spotting and photographing wildlife is a lot easier. 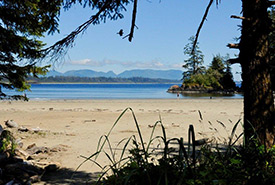 Pacific Rim National Park on Vancouver Island is one of the best-known national parks in Canada. It’s conveniently divided into three major sections: Long Beach (on Wickaninnish Bay), the West Coast Trail and the Broken Island Group. An excellent part of the park is around Wickaninnish Bay, beside the cold Pacific Ocean, which provides a refreshing dip. It’s an ideal spot to grab a surfboard and hit the Pacific coast waves. There are also several spots where you can rent a surfboard.

Pacific Rim National Park is also home to a cluster of 90 islands, which are known as the Broken Group. It really feels like being on vacation in the Caribbean here (minus the palm trees), as the islands are home to white-sand beaches and crystal-clear, turquoise waters.

Wapusk National Park in northern Manitoba is an ideal place for spotting polar bears. Polar bear mothers and cubs are most likely to be seen around March or February, as this is when they emerge from their dens. The park is truly a dream for spotting other wildlife too, such as timber wolf, moose and Arctic fox. 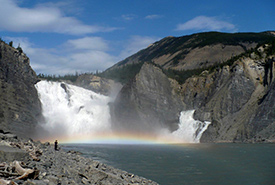 Nahanni National Park Reserve in Canada’s Northwest Territories is one of the country’s most remote national parks, and it’s an amazing place for adventurous travellers. Hikers tend to gather at the South Nahanni River, as it is one of Canada’s most iconic rivers and a place for rafting or canoeing. Follow the river in a canoe, raft or on foot right down to Virginia Falls for incredible views.

Cape Breton Highlands National Park in Nova Scotia has some of the best national park scenery in all of Canada. The Cabot Trail is considered one of the best places in Nova Scotia to spot moose. If waking up at around 5 a.m. is your cup of tea, your chances of spotting a moose are good. Patience is key! 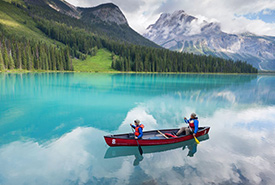 Emerald Lake, Yoho National Park, BC (Photo by The Earth)

Parks Canada is playing a leadership role in developing and implementing #NatureForAll, a global movement to inspire a love of nature that is driven by an International Union for Conservation of Nature-led coalition of more than 150 partner organizations. Click here to learn more.

Carmela Rodriguez is a journalist from London, United Kingdom and a writer for AllTheRooms, a vacation rental search engine.