Conservation notes from another northern nation 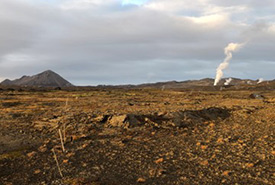 I was fortunate to have the opportunity to travel in Iceland this fall, a country that, despite its relatively mild climate, is situated further north than Iqaluit! Thanks to the warming influence of the Gulf Stream current, Iceland temperatures are much less extreme than those of Canada, with average temperatures ranging from 1 C in January to 12 C in July. However, like northern Canada, Iceland is seeing the impacts of climate change more rapidly than more southerly regions. 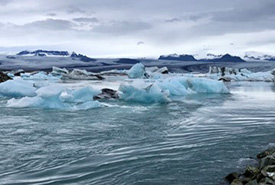 Most evident is the melting of glaciers. Glaciers currently cover 10 per cent of Iceland and in addition to being part of the country’s identity and a big tourist draw, they sit over some of the country’s most active volcanos and may help dampen the volcanic activity. At their current rates of melting, however, Iceland’s glaciers could disappear over the next century.

Through a Nature Conservancy of Canada (NCC) contact, I was connected with a Member of the Icelandic Parliament Orri Páll Jóhannsson. Orri is a friend of NCC supporter Gloria Beyeler, who donated land at The Keyhole on Grand Lake in New Brunswick.

Over coffee in the national capital of Reykjavik, Orri and I chatted about biodiversity conservation in Iceland. Orri is proud of Iceland’s commitments and action on conservation, while recognizing there are still big challenges to come. One of his first jobs was cutting seeds of sand ryegrass (a plant native to Iceland used to prevent soil erosion and bind moving sand).

At the time, soil conservation was the most pressing environmental issue in Iceland. Changes in sheep farming and the deliberate introductions of non-native plant species have greatly reduced soil erosion, though some of these introduced plants have become invasive and are creating new threats to biodiversity in Iceland.

The Nootka lupine, native to Western Canada and Alaska, is the most controversial of these imports. These cheery purple blooms have quickly become beloved by many, much like their cousin, the bigleaf lupine, has in Canada’s Maritime provinces. However, while the introduced bigleaf lupine mostly occurs along roadsides in eastern Canada, the Nootka lupine is quickly spreading into the iconic and sparsely vegetated volcanic “desert” landscapes and threatening native plant diversity. 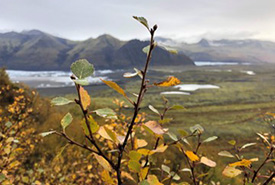 Downey birch forests cover about one per cent of Iceland; Skaftafell in Vatnajokull National Park (Photo by Paula Noel/NCC staff)

Lupines perform a valuable ecosystem service, fixing nitrogen from the atmosphere and making it available for other plants to use. Some see them as an ally in one of Iceland’s ambitious conservation commitments; under the global Bonn Challenge, Iceland has committed to increasing forest cover in the county from its current one per cent to five per cent. The added nitrogen in the soil may help forest restoration succeed, but there is always concern about balancing the protection of native biodiversity with goals to increase forest cover and carbon sequestration. Orri told me that evidence suggests as much as 25 per cent of Iceland was once forest covered, and it is likely with a warming climate that even more of this island nation will become suitable for trees. I was fortunate to see fantastic examples of Icelandic birch forests at Ásbyrgi Canyon and Skaftafell in Vatnajokull National Park. 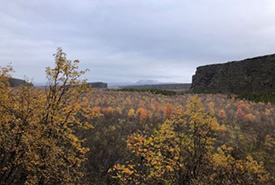 Like Canada, Iceland has committed to the proposed Global Biodiversity Framework goal of 30 x 30, expected to be agreed to at the 15th Convention of the Parties to the United Nations Convention on Biological Diversity being held in Montreal this December. And Iceland is well on its way to meeting this goal of protecting 30 per cent of its terrestrial land base by 2030. According to Orri, Iceland has currently protected 23–24 per cent of its lands. Much of the public lands in Iceland are in the highlands, and similar to private lands being concentrated along Canada’s southern border, most of Iceland’s private lands are around the coast.

From my work with NCC, I was especially interested in how private land conservation works in Iceland. Orri provided a story to explain how private citizens can engage in land conservation. A family approached the government of Iceland for help as their property at Stórurð was seeing increasing numbers of tourists visiting. The siblings loved their land and were happy to share it with visitors but were finding it hard to manage. 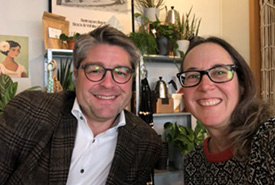 They agreed to have the land designated as a nature reserve, which is a long process, but in the end the land stays in private hands, is managed for biodiversity, and the government provides any necessary infrastructure and employs rangers to help manage the site. Though the agreements on these sites could be modified or cancelled, Orri can only recall one private nature reserve that was deregulated and there was public opposition. Generally, these agreements benefit all involved and allow Icelanders to help their country meet international targets and protect incredible natural sites. I didn’t make it to Stórurð, but it is always good to have a reason to go back!

Orri believes that Iceland has a special responsibility for biodiversity conservation, as the country contains close to half of the true wilderness remaining in Europe. Iceland also has a history of leading in this area; Þingvellir National Park was the first national park to be established in a Nordic country.

The world has discovered the wild natural beauty of Iceland and, as a recent visitor, I am happy to see that conservation is a high priority! 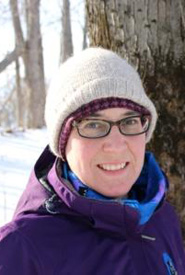 Paula Noël is the New Brunswick program director for the Nature Conservancy of Canada.