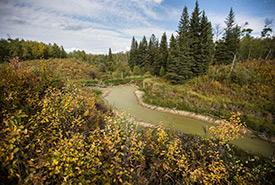 While there is nothing like exploring the outdoors first-hand, not everyone has access to a natural area near them. However, you can stay in touch with nature — even experience an Arctic excursion — through films and books, from the comfort of your home.

Check out some of our recommendations for an unforgettable nature experience, below:

Guardians of the Grasslands

Story Broker Media House has released its award-winning short documentary Guardians of the Grasslands about the threats facing Canada’s native prairies, and the seemingly unlikely solution.

The Nature Conservancy of Canada (NCC) is proud to have participated in the making of Guardians of the Grasslands, and to have worked with many ranching families across Canada. Most of Alberta’s prairies are under private ownership, and we acknowledge the unique role that landowners hold in conserving heritage land for future generations.

Presented by The Nature of Things with David Suzuki
Stream for free on CBC TV.

An Academy Award nominee for best science or nature documentary in 2018, this five-part series showcases a broad range of Canadian wildlife through the nurture and harshness of the changing four seasons. If you’re looking to experience a broad range of ecosystems on screen, The Wild Canadian Year is sure to fill you with awe and wonder.

Stream for free on TVO.

An exploration of Canada’s UNESCO Biosphere Reserves from coast to coast, Striking Balance shows nature as a concept that includes people and the shared relationship between them. NCC was an active supporter of this documentary series. The producer had written an account on our blog of the challenges faced during the filming of Season 1. Several episodes of the documentary feature beautiful, scenic shots of NCC’s properties across Canada and their conservation stories.

A 2020 Netflix Original documentary, My Octopus Teacher follows the story of a filmmaker who — for one year — documents his encounters with an octopus living in a South African kelp forest. This story reveals the unusual friendship and trust developed between the mysterious and intelligent sea animal and a human.

Watch it on Netflix >

Dancing with the Birds

Get a front row seat to the otherwise usually private and hard-to-observe courtship behaviours of birds of paradise. From ruffing feathers to meticulous bower (shelter) building, different male birds of paradise species put on quite the display to impress the females. Hilarious at times and all-in-all intriguing, this 2019 documentary is an educational and entertaining film for all ages.

Watch it on Netflix >

The Animals in that Country

Margaret Atwood is recognized as one of Canada’s greatest contemporary writers. Her literary contributions rest not only in novels, but also in poetry and short stories. Her early works are featured in a poetry collection from 1968 — The Animals in that Country. It sets the tone for the relationships between humans and nature that are portrayed in her future works.

Nature Power: In the Spirit of an Okanagan Storyteller

Harry Robinson, a famed Okanagan storyteller, wanted to pass on a legacy of oral storytelling that he experienced as a child. In this collection of oral stories, you can immerse yourself in a world of nature helpers —  beings that assist humans and give powers. Robinson’s creative prose describes a place where humans and the natural world share an intertwined relationship. 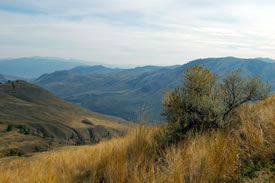 Throughout the book, there are references to Robinson’s birthplace: the Similkameen Valley of southern British Columbia. To this day, the landscape described in his stories is still under protection. NCC is actively working to restore grassland ecosystems and native species in the Similkameen Valley, namely the Sage and Sparrow Conservation Area.

The Curve of Time: The Classic Memoir of a Woman and Her Children Who Explored the Coastal Waters of the Pacific Northwest

In the 1920s, M. Wylie Blanchet, along her five children, engaged in a pioneering “family trip” along the West Coast of Canada. She recounts her family’s experiences with nature, be it with violent waters or in calm forests. This biography is an account of both outdoor adventure and spiritual growth. Travel blog fans will enjoy this famous, classic book about British Columbia.