How soundscapes can reflect healthy ecosystems 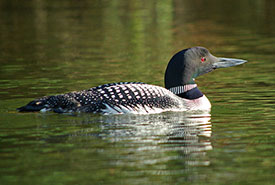 Almost everyone has been emotionally affected by the glorious vision of a landscape and its vivid colours at sunrise and sunset. We see nature in all its glory and take joy in the breathtaking panorama of oceans, forests, deserts and mountains. We see forests stripped bare by logging or fire and are quick to make value judgements about the health of an area by what we see, unaware of what lies within the range of our other senses. 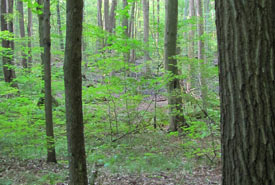 We often forget to listen. I don’t mean to the lone woodpecker tapping, the call of the loon or the lonely howl of wolves on a winter night. Rather, the whole chorus of animal voices in an ecosystem that is simultaneously droning, buzzing, singing, striating in their own acoustic niche. This is what eco audiologist, author, musician and writer Bernie Krause refers to as the “Great Animal Orchestra.”

Bernie has been working in the field since 1968 recording natural sounds in habitats. He has acquired thousands of hours of analog and digital samples and used these to communicate his findings through soundscapes — digital representations of animal sounds.

Soundscapes are sound recordings of biophony (life forms), geophony (abiotic, or geographical forms: water, wind, etc.) and anthrophony (human-made sounds). In these, the listener simultaneously experiences the complete spectrum of sound, from the lowest acoustic frequency to the highest. The soundscape depicts these sounds in colour and wavelength, so there is a pictograph of a natural area occurring over the real time of the recording.

Although it is not a specific measure of environmental health, a great introduction to soundscapes is Bernie’s "Great Animal Orchestra" on YouTube. The art installation shows the transformation of wavelength into the various acoustic niches of the individual species. The video runs for 13-plus minutes. It is a true aesthetic experience requiring the viewer to use multiple senses.

I really want to talk about health of habitats. And once again Bernie demonstrates through his recordings the dangers of habitat loss and alteration. In his TED Talk, Bernie demonstrates this in an area called Lincoln Meadows in the Sierra Nevada mountains, which he recorded before and after selective logging in a nearby forest. The meadow looks the same. There is no indication of the slightest human interference, but what was once a thriving cacophony of animal sound becomes almost silence. The picture remains the same, but the sound has disappeared. Maybe there is something to be said for using our ears rather than our eyes when it comes to observing healthy ecosystems.

So the next time you walk through a forest or camp in a secluded area, take time to listen and even record the sounds. If you don’t have the best equipment, cell phones have some of the best portable technology to capture nature sounds. By opening your ears you might find another way to explore nature as you strive to advocate for environmental protection.

Kent Miller is an educator and lives in Orono, Ontario.