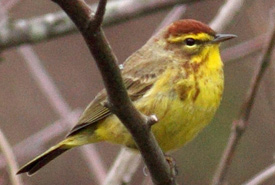 Birds move. Actually, they do better than that: most birds fly. And the distances these tiny creatures can cover is jaw-dropping. On top of that, can you imagine the views from a bird's vantage point as it flies from South America to Canada? Better than looking out any airplane window! But what is the science behind all of it? Let’s talk about the who, what, when, where, why and how of bird migration.

Migration can be described as the seasonal behavior of animals as they move from one location to another to complete their life cycle.

Canada is a seasonal home to many migratory birds that make remarkable journeys.  A great example is the northern wheatear. It nests in the eastern Canadian Arctic and flies all the way to the rolling, sandy hills of western Africa by first crossing over Greenland and the UK. Let's not forget about the blackpoll warbler either. It weighs merely 12 to 13 grams (as much as approximately four teabags) and makes the terrific non-stop journey in fall to go from Canada’s boreal forest all the way down to its wintering ground east of the Andes in South America.

Like mentioned before, not all migratory birds leave Canada. Some short-distance migrant populations spend their winters in the milder, southern Canada and move further north into the Canadian boreal and Arctic when spring comes. Examples of birds that do this are dark-eyed juncos, snow buntings and king eiders. The more well-known groups of migrants, however, move in from southern United States, Central and South America to nest in their breeding grounds in Canada. These include many of the warblers, flycatchers and hummingbirds. 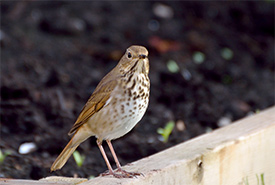 When does migration happen?

The very early spring migrants (like red-winged blackbirds) enter Canada as early as the end of March. Major fluxes of other songbirds typically happen around mid-May. After a short burst of a breeding season, the birds are off and back to their wintering grounds as early as August. Depending on the length of their migration journey, some waterfowl may wait until lakes and ponds start to freeze before they migrate for the winter. 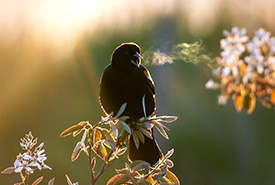 Migration is also divided up throughout the day, since some birds are nocturnal migrants while others are diurnal migrants. Specifically, raptors migrate during the day to take advantage of unique wind conditions, such as thermals, to help them travel long distances while minimizing energy costs.

Where does migration happen?

Migration happens on every continent on Earth, even Antarctica. Arctic terns make a circumpolar migration (from one pole to another), going between the northern Canadian Arctic to the tip of Antarctica.

It’s not all about the race to the finish line though! Many birds need places to stop during migration. What I am referring to here are stopover sites. Think of stopover sites like layovers at airports: they are pitstops that birds use to feed and refill their fuel storages so that they have enough energy to keep flying for the next leg of their journey. Many Nature Conservancy of Canada properties across Canada are prime locations to marvel at birds during their stopovers. Check out places like Johnson’s Mills in New Brunswick and Pelee Island in Ontario to enjoy the flurry of bird activity and get your fill of natural history information at the interpretive centres.

Researchers have been tackling this question for ages and we still don't have the full picture. Broadly, there could be two main reasons: (1) to escape the harsh winter weather in the northern hemisphere by flying south and, (2) to come back to the northern hemisphere to take advantage of the bountiful resources during the breeding season in places like the Canadian boreal forest.

Migration is a complex, energy-intensive activity, and many studies are finding new and creative ways to explore this topic. One unique way to understand migration is to build computer models to not only help piece together historical information but also predict future scenarios. Recently, a paper used these tools to suggest that the act of migration might have historically been a very energy efficient option. In the “virtual world” that these researchers created, as the population numbers in the tropics increased, birds started to migrate away from the year-round resource-rich tropics to the only seasonally abundant northern hemisphere. It is through such innovative studies that we get a better framework for understanding the roots of migration.

How do birds migrate? 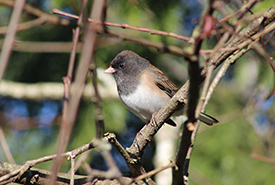 There are many ways to answer this question. We could certainly look at it from the anatomy and physiology lens to understand how the bodies of birds have evolved to perform this marathon twice a year. What interests me, however, is uncovering how birds navigate across continents without a GPS!

It is possible that a portion of a bird’s decision-making process during migration is dictated by an innate and genetic component where birds instinctually go toward one direction at a certain time of the year. It is also possible that birds use external navigation cues during migration to eventually reach their destination. For example, birds can get social cues from other individuals in their migratory group as they travel from one place to another (think of the famous V-shape of migratory geese). Birds that don’t migrate in flocks could use visual cues to help them navigate by recognizing key landscape features or staying close to coastlines. Following the movement of the sun and the position of stars may also help them keep track of their movement. Possibly most amazing of all, birds may also be using "invisible" cues like smells and the Earth's magnetic field to be able to pinpoint their location and use that information to guide their direction of travel.

Bird migration is a fascinating topic. Conserving migratory species is not only a step toward helping the millions of birds visiting Canadian backyards, but also a larger step toward protecting the magical phenomenon of migration.

Learn about how you can be for the birds by participating in this Small Acts of Conservation. 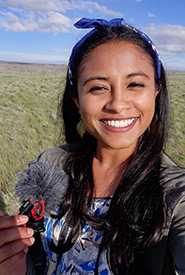 Aranya Iyer (@nerdmeetsbird) is a masters student at Western University with the Department of Geography and the Environment.