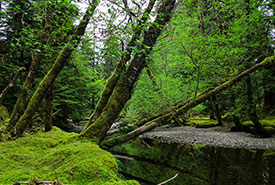 Windy Bay Creek, a river habitat typical to Haida Gwaii and similar to the Honna River where I was fishing. (Photo by Janel Saydam)

Joy, surprise, fear and panic: the flood of emotions that came over me when I finally felt a powerful tug and heard the whine of my reel, which was rapidly losing line. This tug was distinctive, and I immediately knew it was a large fish.

When I reeled it in, I saw for the first time, a beautifully spotted olive and pink steelhead trout. This was the first fish I caught after weeks of walking many kilometres along Haida Gwaii’s rivers, learning to read their overgrown banks and complex habitat, hitchhiking to the only fishing store on the islands and talking to many friendly locals who gave me great advice.

I admired the fish for a few seconds and then released it back into the water. As I released it, I thanked it for providing me with a multi-week experience that pushed me to explore an unfamiliar environment and teach me about the complexity and fragility of rivers. As I watched the fish swim away into the shadows, all the effort and emotions I put into this goal of catching a steelhead resurfaced, and I let out a great yell of triumph. My cry surely stirred the river otter downstream that grunted at me as I used its trails to navigate through the dense salal and thorny salmonberry, or when I came too close to its burrow in the undercut caverns formed beneath the roots of a riverside bigleaf maple. The beauty of being an “unsuccessful” fisherman is that you get a chance to observe the nuances of the land when many other outdoor activities have you rush right by them.

When I got back to town, I had to brag about the fish to the locals I had become familiar with. Everyone I told was surprised because they hadn’t heard of steelhead being caught in the Honna River for half a decade. This was because the Honna River, like many others in Haida Gwaii, was damaged by intensive logging practices that harmed salmon habitat and impacted their ability to reproduce. This is a major reason why steelhead populations are suffering throughout the province. 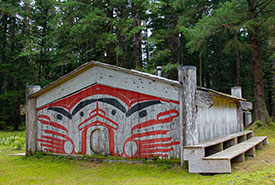 A longhouse in Windy Bay, part of Lyell Island Gwaii Haanas National Park. This longhouse was used to house people during the 1985 blockade. (Photo by Janel Saydam)

Through this experience, I tapped into a story that has gripped Haida Gwaii since European settlers first came to its shores. A story that climaxed with the Haida blockade of old-growth logging on Lyell Island (Athlii Gwaii) in 1985. This blockade and its results would be one of the first pages into a new chapter of the relationship with Indigenous Peoples and non-Indigenous Peoples here in Canada.

The changing face of Canadian conservation

One of the defining results of this struggle was the historic Gwaii Haanas Agreement of 1993, which resulted in a national park and national marine conservation area that are equally overseen by the Haida Nation and the Government of Canada. This agreement came as a swell in a shifting tide that is changing the definition of conservation in Canada. Historically, Canadian conservation has often excluded and even outlawed Indigenous Peoples. The Gwaii Haanas Agreement was one of the first agreements between the Haida and the Government of Canada that establishes the pivotal role of Indigenous Peoples in protected and conservation areas.

One of the newest types of conservation areas in Canada are Indigenous Protected and Conserved Areas (IPCAs). IPCAs are seen as crucial in achieving Canada’s conservation goals outlined in Target 1 of protecting 17 per cent of Canada’s area. These areas are an entirely new form of conservation that is guided by Indigenous Traditional Knowledge and land usage to achieve conservation objectives set out by the Indigenous communities that manage the area. Conservation groups like the Nature Conservancy of Canada (NCC) are also aiming to support the conservation goals of Indigenous Peoples by providing the skills and experience they have gained in their work over the years. You can read more about what NCC is doing here. 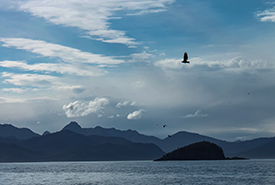 Bald eagles fishing for herring with the mountains of Gwaii Haanas in the background. This picture captures how this area is protected from the bottom of the ocean to the tops of the mountains. (Photo by Janel Saydam)

NCC is also working with the Haida Nation in achieving conservation objectives in Haida Gwaii. This partnership is highlighted in the work being done in the Kumdis Estuary, where NCC and the Haida Nation co-own and co-manage the Gamdis Tlagee conservation area, with the shared goal of restoring the damage done by intensive logging. Estuaries play an important role in creating a transition zone between freshwater and saltwater environments. They provide a buffer that allows salmonids, like the steelhead I caught to adjust to these differences in water during their migration. Projects like these are crucial in restoring and preserving this vital habitat.

Haida Gwaii is a place where Indigenous culture and leadership in conservation are very much present on the islands. My time in Haida Gwaii has given me a sample of what these changes in leadership and conservation might have for the rest of Canada, and I am incredibly excited to see them happening. These reflections are for a part two of this blog though, so stay tuned. 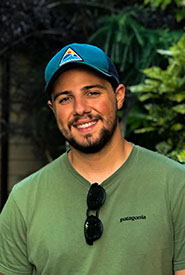