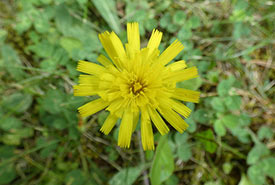 A species is considered invasive or alien when it is located outside its natural distribution and threatens humans and/or the environment. There aren’t a lot of clear answers about the impact of certain invasive species and the problem is usually interdisciplinary (involving many fields of research).

The Nova Scotia Invasive Species Council (NSISC) estimates that out of the 2,000-plus vascular plant species in Nova Scotia, one-third are non-native (of exotic origin). Of course, there are cases of invasive species taking over and destroying natural plant life in Nova Scotia, such as hemlock woolly adelgid (origin: Asia) and the emerald ash borer (origin: Japan). Both are huge threats to forests in Nova Scotia. The impact of other non-native species is still being discovered; however, their presence is non-destructive and immediate control may not be necessary. For me, a recurring debatable question about invasive species management keeps popping up: when do we intervene and when do we let nature run its natural course? 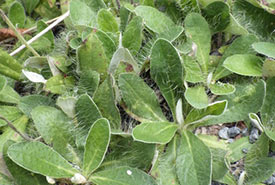 Mouse-ear hawkweed's scientific name is Hieracium pilosella. Hieracium is the Greek word for “hawk,” and hawkweed was chosen for this genus because it originally tended to grow at higher altitudes, only accessible by hawks. Pilosella stands for the Latin word “pilosus,” meaning hairy and referencing the leaves (Photo by Ben Armstrong, CC BY 4.0)

Such a big question needs to be broken into smaller examples so that we can understand how all species leave a unique mark on the big picture. Invasive species management should be treated on a case-by-case basis and lean on the side of caution and highlighting the precautionary principle. This brings me to my current research project studying the impacts and management options for mouse-ear hawkweed.

Mouse-ear hawkweed likely travelled from Europe and was abundantly observed in Nova Scotia in 1978 where it was clearly attracted to livestock-grazed pastures, as it has done globally. Today, mouse-ear hawkweed has spread to nutrient-poor, sandy soils, such as degraded grasslands and beaches with short vegetation.

Mouse-ear hawkweed is a source of umbelliferon (a compound used as a sunscreen agent), helps prevent erosion and is a food source for pollinators. However, hawkweeds are allelopathic, meaning they release toxins that can can deter other plant species nearby, potentially controlling or altering their environment, leading to their own success and resiliency.

In New Zealand pastures, where the plant is also invasive, the average time it takes to control mouse-ear hawkweed is close to 20 years, and the average cost is over CAD$3 million for a 95 per cent success rate, according to a study in 2018. 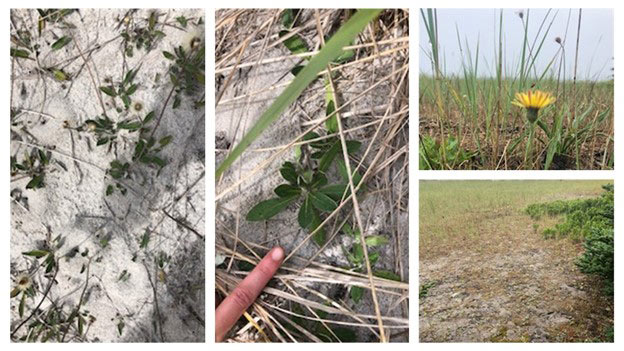 While working across the province for the Nature Conservancy of Canada (NCC) as a conservation intern, I have observed mouse-ear hawkweed while monitoring NCC properties along Sandy Bay Beach and Johnston’s Bay Beach, Nova Scotia (located along the beach berm and the primary vegetation zones — the lowest level of vegetation coming off a sandy beach).

We now occupy the world in such a way that we’ve entered a new time era in geological history, known as the Anthropocene. There are very few places that exist today that have not been impacted by humans in some way, shape or form. Invasive species management can be very expensive, and some people would argue it can cause more harm than good. Should we be introducing invasive insects to target invasive plants? How much would it cost to stop mouse-ear hawkweed growth on dune systems outside of its native range? How promising will efforts be long-term and is there a risk of re-introduction? Concerning all invasive plant management plans, researchers will need to study the long-term effects of eradication methods and watch for re-occurrence spots, costing time and dollars. What has all of that energy and investment done to protect the ”natural” environment, or has it just caused more harm than good? I will explore these questions much further as part of the completion of my master’s studies in resource and environmental management at Dalhousie University this fall. Stay tuned! 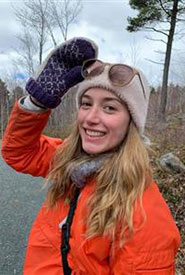 Samantha Stegen is a conservation intern for the Nature Conservancy of Canada in Nova Scotia for the summer of 2021.