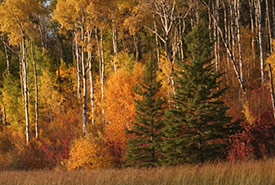 As with most Nature Conservancy of Canada (NCC) properties in Manitoba that are spread throughout the central and southern part of the province, it’s inevitable that staff spend a fair bit of time travelling between properties.

The hours spent on the road can be challenging, as travel time soaks up valuable daylight hours during shorter-length spring and fall days and can surprisingly sap one’s energy before arriving for a day of field work. Despite these challenges, a recent road trip highlighted several benefits from long hours on the road.

In mid-October, a few NCC staff and I drove from Winnipeg to NCC properties near the northwestern tip of Riding Mountain National Park. As we drove five hours along the Trans-Canada highway and continued along Highway 16, I was afforded the time to soak in large stretches of the landscape and witness the changing of the seasons. Farm fields had been harvested but remained dotted with machinery not yet stored away for winter. The wetlands, forests and grasslands displayed their late autumn orange and golden-brown hues. Animals were responding to the change of seasons as well. 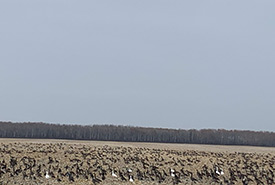 Flock of Canada geese on an open field (Photo by berryfairy, CC BY-NC 4.0)

I saw Canada geese at their peak of migration within the region, in flocks of hundreds, and sometimes a thousand, birds. The day’s total count came to somewhere around 6,000, a respectable number for a species that became rare in the early 1900s due to over harvest but can now be seen in flocks of tens of thousands in some locations. Most were sheltering from the strong north wind, with flocks packed into the hundreds of small wetlands that were often just metres from our route through the prairie pothole region. 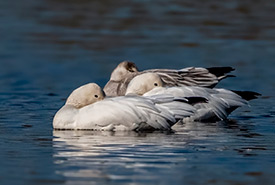 I also counted 34 bald eagles, with many individuals sending flocks of geese airborne as their presence was enough to put the geese on edge. Along the western portion of the route, snow geese also began to appear with increasing abundance, with one flock of about 1,500 of these mostly white birds with black wing tips. And while crows were common here in summer, they too had mostly migrated southward and ravens had already shifted into their winter distribution here.

The driving time also afforded more relaxed pondering. My mind connected the large flocks I was seeing to comments about passenger pigeons in Manitoba I had heard from a recent land donor. Passenger pigeons are now extinct, but they once ranged nearly throughout North America. They were once one of the most numerous bird species on the planet. Their flocks often reached well beyond one million individuals. I wondered what a million pigeons would look like within this landscape. I also wondered what this area would have looked like when it held somewhere between 50 to 70 per cent more (undrained) pothole wetlands. While most duck species had migrated before we took this road trip, their absence didn’t prevent me from thinking about what an aerial traffic jam the sky might be if most of those wetlands were back in this landscape. 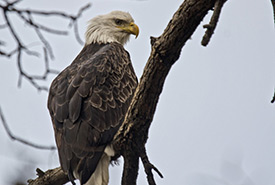 My mind wandered further and connected Canada geese and bald eagles’ conservation success stories to the couple of bison ranches I saw along the route. How great would it be if reintroduction of bison succeeded at prairie properties like NCC’s Fort Ellice? How much land would need to be freed of fences before the view would look it might have 300 years ago? If such a place could exist, what would it look like to see the wetlands here interspersed with prairie and parkland forests and the skies filled with so many birds? What a spectacle it would be! My mind abruptly turns to comedy, as it often does, and wonders, if insect abundance is correlated with the number of wetlands in a landscape, how much more often would we then have to stop to clear the windshield of unfortunate bug splatter?

Idle time seems rare these days. I look forward to coming field work trips and the frequent sightings of snowy owls and snow buntings that occur along these roads in winter. And I also look forward to these encounters with a wandering mind.

The bald eagle, snowy owl and bison are three of 19 species featured in the Nature Conservancy of Canada's gift giving campaign: Gifts of Canadian Nature. To learn more and to give the gift of conservation this holiday season, click here.

Posted in: Birds, Time for nature 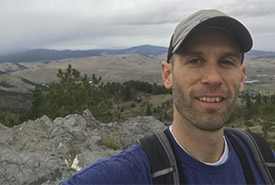 Matthew Gasner is the Nature Conservancy of Canada's assistant conservation biologist in Manitoba.