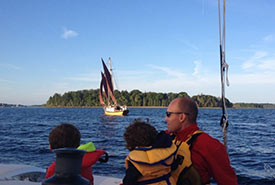 Imagine looking out from a shoreline and seeing beautiful pristine islands nearby. To row, paddle or sail to an island and find it in its natural state is not a dream in the waters of Mahone Bay, southwest Nova Scotia; it is a reality where you can experience an island’s solitude as you explore its shoreline in search of treasures. A child may seek a pirate’s treasure, but they will find fossils, hermit crabs, starfish, various seaweeds and shoreline birds. These islands are a place for all ages to picnic, snorkel, swim and explore while leaving only footprints. 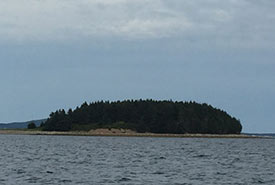 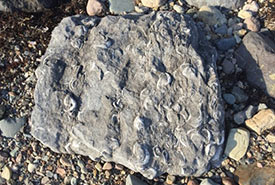 A fossil found around Mahone Bay shores (Photo by MICA)

Since 2002, the Mahone Islands Conservation Association (MICA) — a registered non-profit society with charitable status — has worked to bring many islands of Mahone Bay into protected ownership. This outstanding act of conservation is a legacy for future generations. Several of the conserved islands have been attained through a partnership with the Nature Conservancy of Canada (NCC).

This successful partnership began in 2003 with the acquisition of Sheep Island by NCC. NCC has a large portfolio of properties in Nova Scotia and, where possible, establishes relationships with individual volunteers and groups to assist with stewardship. With MICA’s presence and volunteer base, this is an ideal working partnership. Shortly after the acquisition, MICA volunteers provided a cleanup of the island. The relationship furthered in 2017 with NCC’s acquisition of three more islands off the shores of Chester: Quaker, Lynch and Snake. Through fundraising, MICA members and supporters contributed $100,000 for the acquisition of these islands and have taken on the role of volunteer stewardship for the islands while NCC holds ownership title. 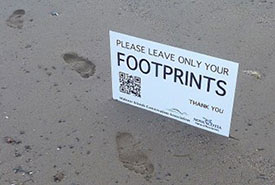 Signage on the beach (Photo by MICA)

As volunteers, the MICA island stewards visit the islands regularly to maintain island usage signage, monitor for biodiversity threats and remove any garbage. The washed-up trash reminds us of our human impact on the ocean ecosystems and can be quickly cleaned up by the volunteers or island users, as all visitors to the islands are requested to leave the island as they find it or cleaner. Island visitors are also asked to visit the MICA website to complete a survey about their visit to an island. This information assists the stewards with further knowledge about the state of the islands. 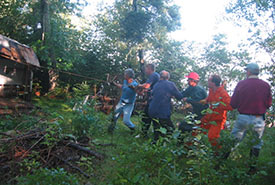 In 2003, many MICA volunteers from the local community worked to remove an abandoned small structure from Sheep Island so that the island could be returned to its natural uninhabited state for NCC ownership.(Photo by MICA) 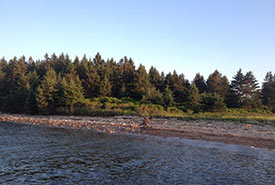 Besides providing breathtaking natural landscapes, the islands of Mahone Bay provide uniquely diverse habitats for a variety of plants and animals. The drumlin islands are made up of rocky shores, cobble and sand beaches, dune complexes, tidal flats, wetlands and mature forests. 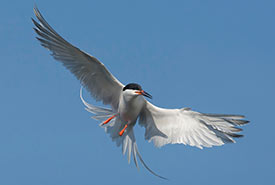 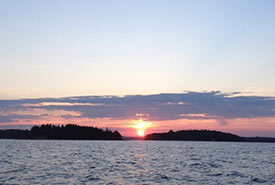 Human development and occupancy of these islands often causes shoreline disturbance and deforestation, which have detrimental effects on the plant and animals here. For us, the Mahone Bay islands are a treasured retreat for a blissful afternoon in the sun. For the Roseate tern, the protected waters of Mahone Bay are a critical refuge in the summer after a long-distance migration from their wintering grounds in the Caribbean and northern coast of South America. The insightful conservation partnership between NCC and MICA work together to prevent habitat destruction so that these islands can be treasured by all beings now and in the future.

This blog was written by Krista Longard and her daughter Hanna Longard, on behalf of the MICA directors. 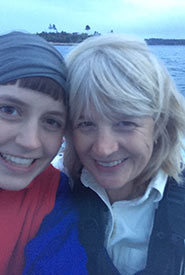 Krista Longard is a director of the Mahone Islands Conservation Association.