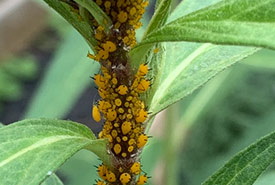 On July 21, 2021, I was carrying out annual conservation monitoring at the Old Man on His Back Prairie and Heritage Conservation Area (OMB), when I came across an unusual sight: much of the silver sagebrush that covers the property was covered with aphids, which in turn had attracted a considerable number of ants. However, these ants had no interest in eating the aphids, rather, they were using them in a manner similar to livestock. 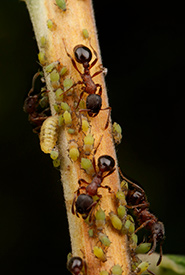 Aphids feed exclusively on plant sap, and, as they do, they produce a sticky, sugary secretion known as honeydew. Because of its high sugar content, certain ant species use it as a food source and have developed a mutually beneficial relationship with the aphids. The ants will protect the aphids from predators, such as ladybugs, and move them to new plants to ensure that they have a continuous supply of sap. In return, the aphid’s honeydew provides the ant colony with a reliable and abundant source of food. Interestingly, rather than simply wait for the aphids to excrete honeydew, worker ants will frequently “milk” them, stroking the aphids with their antennae in order to trigger the secretion of honeydew. 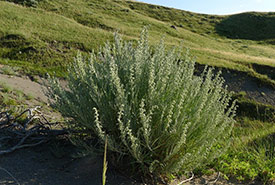 At OMB, I was fortunate enough to observe this fascinating relationship play out for myself. Several times during the week, I came across large areas of silver sagebrush that were covered in aphids and tended to by ants in the genus Myrmica. Something that I found particularly interesting about watching this process at OMB is that it appears to play a central role in the survival of the ant colonies that live there. Many colonies placed their nest directly in the middle of silver sagebrush patches, even going so far as to place their nests at the base of a shrub to allow for easy access to their aphids. There were also many hundreds of ants dedicated to caring for the aphids.

Being able to observe this relationship in person was certainly a highlight of this summer, allowing a fascinating glimpse into the lives of some of the world’s smallest farmers. 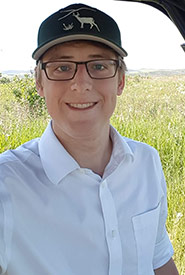 Robbie Mar is a 2021 summer conservation intern with the Nature Conservancy of Canada's Saskatchewan Region.