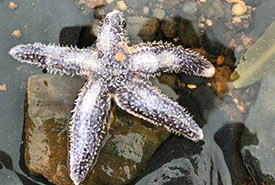 Why is the planet filled with the colour green?

What if I told you that the answer to this question originates from an experiment conducted using starfish?

In 1963, professor Robert Paine stood on the shore of the Makah Bay in Washington state. He observed a diverse community of species, including purple and orange sea stars, mussels, barnacles, limpets, anemones and algae in the intertidal zone. He noted that the sea stars were at the top of the food chain in this community, and that mussels were the most important component of their diet.

What professor Paine discovered was that the presence of the sea star — the apex predator — controlled the composition of a community. In other words, he discovered that not all species are equal. He identified these species as keystone species. Keystone species are organisms that help hold the system together. These can include species like beavers, which engineer their environment, or apex predators, which impact the presence and abundance of other species in an ecosystem through trophic cascades. 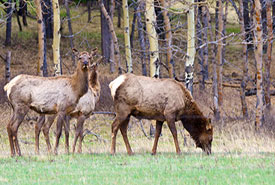 To further analyze the question “why is the planet green?” let’s look at Yellowstone National Park. Within the park the following food web exists:

In the 1920s, a decrease in the distribution of trembling aspen trees was observed in Yellowstone National Park. At first it was assumed that the park’s elk population was inflicting an increased grazing pressure on the aspen trees. However, after further investigation it was discovered that the extirpation of the grey wolves in the park had led to a spike in the elk population, which in turn increased the grazing pressure on the aspen trees. Or, in other words, a decrease in the apex predator population resulted in an increase in the herbivore population, which led to a decrease in the primary producer population. In 1995, grey wolves were re-introduced to Yellowstone National Park. This has reduced the population of elk and changed their grazing habits, and aspen is now recovering.

The answer to why our planet is green is because apex predators have a top-down effect on the primary producer population. This is also known as the Green World Hypothesis.

The planet we know and observe today is made up of many complex ecosystem interactions. Professor Paine discovered that removing pieces of the ecosystem can have profound and often unexpected consequences. As stewards of this planet, we must carefully consider the effects of our actions. Because when it comes to nature, there is more to what we observe than meets the eye.

Samantha Ceci is an environmental profession in training, working in the field of ecosystem restoration and specializing in coastal ecosystems.