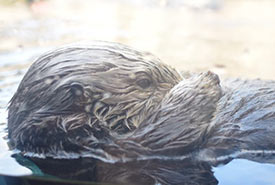 Marine life, habitats and ecosystems have a chance to recover within 30 years according to a new study in Nature. While this would require huge conservation efforts and major policy changes, we have the knowledge to make this happen by 2050. The researchers cited a series of smaller conservation success stories, like the humpback whale in eastern Australia, the sea otter in western Canada and green turtles in Japan, along with the incredible resilience of marine life, as evidence.

Centuries of overfishing, pollution and coastal destruction have caused massive declines in marine biodiversity. Roughly one-third of fish populations face overfishing, almost half of all vulnerable marine habitats have been lost and many marine species are threatened with extinction. However, one of the main messages from the study is that ocean biodiversity is resilient. If we stop killing marine life and double down on conservation efforts, they can bounce back.

How do we make this happen?

There are three key actions needed to make this happen across the globe. These include establishing marine protected areas (MPAs), regulating pollution (i.e. plastic, chemical, noise, etc.), and implementing sustainable fishing guidelines in line with the United Nations Sustainable Development Goal 14, which states: “conserve and sustainably use the oceans, seas and marine resources for sustainable development.” Aggressive climate action is also needed, given the impacts of climate pollution on the ocean, including acidification, rising temperatures and the unprecedented loss of oxygen.

While the study estimates a price tag of $20 billion or more a year for these measures, the economic benefits would outweigh the costs significantly. In fact, the economic return would be tenfold, as large-scale conservation efforts would create millions of jobs in a variety of sectors.

How does the ocean benefit humans? 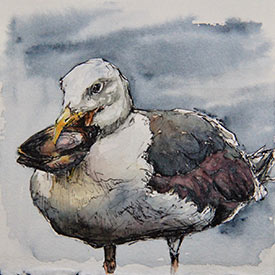 As humans, we rely so much on the ocean. From food and employment, to coastal protection and climate stability, the ocean provides us with many benefits. We extract species like clams, seaweed and salmon for food, along with minerals and algae for medications and health products. The ocean also provides coastal protection, prevents erosion and even stores carbon. Mangroves and salt marshes, for example, offer natural climate solutions, as they provide protection from rising sea levels and absorb carbon dioxide. And of course, oceans offer many cultural benefits — from marine-based recreation and tourism to art and spirituality. Referred to as ecosystem services, these gifts from nature ensure our mental, physical and emotional health and well-being.

As mentioned above, Marine Protected Areas (MPAs) are an important tool to protect the ocean. They help maintain the health of marine environments by protecting ecosystems, habitats and species. Under the Oceans Act, Canada has established 14 designated MPAs across the Atlantic, Pacific and Arctic oceans. These marine environments span over 511, 900 square kilometres. In addition, Canada has other types of Marine Protected Areas, including National Marine Conservation Areas, National Parks, provincial protected areas, Migratory Bird Sanctuaries, along with other effective area-based conservation measures (OEABCM). There are also marine refuges under the Fisheries Act, also known as fisheries areas closures, which close fisheries often as a means to protect a single species.

As part of Canada’s 2020 Biodiversity Goals and Targets, we set a goal to protect 10 per cent of coastal and marine areas by 2020. We surpassed this figure back in August 2019 with the creation of a new marine conservation area in the Arctic. Tuvaijuittuq, “the place where the ice never melts,” ​​​​​​is off northern Ellesmere Island and covers 319,411 square kilometres. By the end of 2019, Canada had 13.8 per cent of its marine territory conserved, including 8.9 per cent in protected areas.

With this major increase, the goal post has shifted. Along with many other countries across the world, the Canadian Federal Government has pledged to protect 25 per cent of land and oceans by 2025 and 30 per cent by 2030.

How can you make a difference?

There are many ways you can help. Beach cleanups may be possible at off-peak hours and done while physically distancing. You can help spread the word about ocean conservation online. #OceanOptimism is a Twitter initiative aimed at spreading marine conservation success stories.