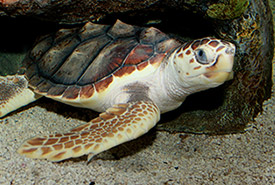 
This is the second-largest species of turtle in the world.

The loggerhead sea turtle is second only in size to the leatherback. This species can grow up to two metres in length. The carapace of the loggerhead is reddish-brown and composed of visually distinctive scutes. 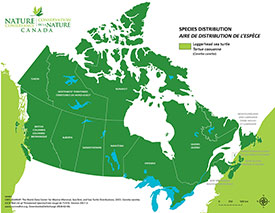 In Canada, loggerhead sea turtles have only been seen off of the Atlantic coast, although their range includes both the Atlantic and Pacific oceans. They have been spotted as far as 240 kilometres off-shore.

This species is endangered.