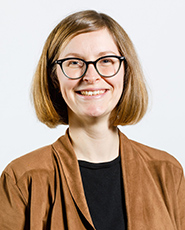 Allison Patrick joined the Nature Conservancy of Canada (NCC) in 2016 as the conservation biologist for New Brunswick and Prince Edward Island. She was raised in Ottawa and completed a bachelor of science degree, with honours, at Queen’s University in Kingston, and a master’s of science in wildlife from Humboldt State University in northern California. She travelled around Canada and the U.S. for several years, working as a field technician on bird conservation projects and honing her plant identification skills.

Allison enjoys her work with NCC, where she makes maps, writes baseline inventories and property management plans, supervises summer interns, works with volunteer property stewards, and collects bird and plant data in the field. She is currently co-leading the Port of Saint John wetlands project, which is collecting important data on tidal and coastal wetlands through the Port of Saint John.