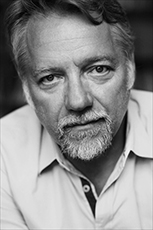 Edward Burtynsky is one of the world's most respected photographers. His remarkable photographs are included in the collections of over 60 major museums around the world, including the National Gallery of Canada, the Guggenheim Museum in New York and the Tate Modern in London. His imagery explores the collective impact we as a species are having on the surface of the planet; an inspection of the human systems we’ve imposed onto natural landscapes. Burtynsky’s distinctions include the TED Prize, The Outreach award at the Rencontres d’Arles, the Roloff Beny Book award and the Rogers Best Canadian Film Award. He sits on the board of directors for CONTACT: Toronto’s International Photography Festival, and The Ryerson Gallery and Research Centre. In 2006, he was awarded the title of Officer of the Order of Canada, and in 2016 he received the Governor General’s Award in Visual and Media Arts. Most recently, he was named Photo London's 2018 Master of Photography. He currently holds eight honorary doctorate degrees.