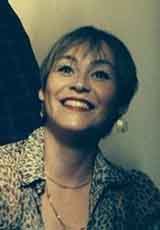 Jaimie Isaac is a Winnipeg-based curator and interdisciplinary artist, and a member of Sagkeeng First Nation in Treaty 1 territory of Anishinaabe and British heritage. Jaimie holds a degree in art history, an Arts and Cultural Management Certificate from the University of Winnipeg. She also holds a master's of arts from the University of British Columbia, with research focus on Indigenous Curatorial Praxis, and methodologies in decolonizing and Indigenizing.

Recent exhibitions include Woven Together at the Kelowna Art Gallery; at the Winnipeg Art Gallery: organic, Insurgence Resurgence (co-curated with Julie Nagam) and Vernon Ah Kee: cantchant, Boarder X (national tour), We Are On Treaty Land and Quiyuktchigaewin; Making Good. Jaimie co-founded The Ephemerals Collective (with Niki Little and Jenny Western), which was long-listed for the 2017 Sobey Art Award. She collaborated on the artistic team with KC Adams and Val Vint on a public sculpture at the Forks at South Point path: Niizhoziibean.

Jaimie is working collaboratively on a wayfinding public art project at the University of Manitoba with Niki Little and Ian August, curated by Jenny Western. She collaborated on the official denial (trade value in progress), a national project with Leah Decter. Jaimie has contributed articles for Art + Wonder magazine, C Magazine, Bordercrossings Magazine, and essays for the Insurgence Resurgence catalogue, Close Encounters: The Next 500 Years catalogue, The Land We Are Now: Writers and Artists Unsettle the Politics of Reconciliation and the Public 54: Indigenous Art: New Media and the Digital Journal.

Jaimie was a co-faculty with Duane Linklater for the Wood Land School at Plug In Summer Institute in 2016. She has presented research in North America and Europe, including at Princeton University, the Royal Holloway University of London and NAISA Conference at the University of Hawaii. She was one of the Canada Council’s Indigenous delegation at the 2017 Venice Biennale. She is on the advisory committee for the Winnipeg Art Gallery and Manitoba Museum and is on the board of directors for Bordercrossings Magazine.