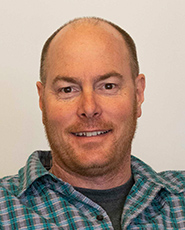 Growing up on the outskirts of a prairie town in Saskatchewan, Jason's love of nature was encouraged and influenced by his entire family. His mother, Regina, bought him his first bird book when he was 12. His parents purchased a point-and-shoot camera for him when he was 14. Jason enjoyed black and white photography and spent time in his high school darkroom lab.

After graduating from high school, Jason’s love for nature was enhanced by learning more about it. He earned a B.SC. in biology and an M. Sc. in ecology. His master of science thesis was on the ecology and interaction between nesting Arctic geese and Arctic fox. His four summers conducting research in Canada’s Arctic and the influence of the relationships he fostered during this time ignited his artistic side. He borrowed his first camera from his sister Jacqueline and soon after purchased his first Nikon F601 with a 70-200mm zoom lens.

The love of the Arctic and the mystique of the land and its inhabitants relative to southern Canada prompted Jason’s desire to share this Canadian region with others. He founded All in the Wild in 2000. He opened his first gallery near Christopher Lake, Saskatchewan, in 2004, then Canmore, Alberta (2006); Saskatoon, Saskatchewan; Waskesiu, Saskatchewan (2010); Banff, Alberta (2012); Niagara-on-the-Lake, Ontario (2016); and Toronto, Ontario (2018). Jason’s images are collected throughout the world; many editions are now sold out. Current All in the Wild team members and alumni greatly contributed to his mission and vision. As he says, “I didn’t get here alone!”

In 2010, Jason realized the importance of giving back, and founded the All in the Wild Land Trust to protect wild lands using a percentage of proceeds from the sale of each photograph. Jason and All in the Wild have engaged in many corporate partnerships. He is an avid outdoorsman, nature/animal lover and adventure seeker. His views on the world are inclusive and social. He has fostered orphaned raccoons, rescued animals and has advocated publicly on behalf of animals.

Jason was awarded the honour of “Highly Commended Photographer” in 2019 by the Natural History Museum of London, UK. It is one of the most prestigious honours a nature photographer receives in the world (only 50 awarded out of 48,000 entries).