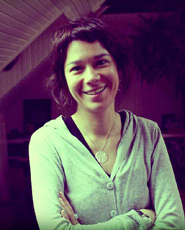 Lisa Jackson is one of Canada’s most celebrated artists working in film and VR. Her works have been screened at Hotdocs, Tribeca, SXSW, Berlinale and London BFI, aired on many networks in Canada, and garnered many awards, including a Genie and Canadian Screen Award. She is Anishinaabe, lives in Toronto, and her recent projects include the internationally acclaimed VR Biidaaban: First Light, the short IMAX 3D film Lichen, and the CBC documentary Indictment: The Crimes of Shelly Chartier, which won best doc at imagineNATIVE. She recently premiered her large-scale multimedia installation Transmissions, on the power of Indigenous languages, and is also working on more traditional film and TV projects. See more at lisajackson.ca