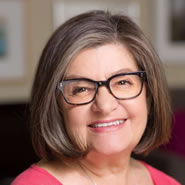 Sharon Butala is the author of eighteen books of fiction and nonfiction, numerous essays and articles, some poetry and five produced plays. She published her first novel in 1984, Country of the Heart, which was nominated for the Books in Canada First Novel Award. She was born in Nipawin, Saskatchewan and has read all over Canada and in the United States as well as in Mexico, the Czech Republic, and Ireland. Sharon has been a guest at the "Geography of Hope" conference on Wallace Stegner, at Point Reyes Station, California. She has also been a guest speaker at Speak to the Wild: a multi-disciplinary gathering dedicated to the politics and poetics of wilderness, at Wells Gray Provincial Park, BC, and has also been a keynote speaker at the International Grasslands conference.