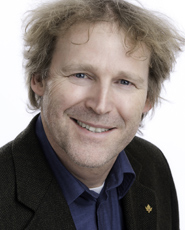 Dan Kraus is an expert on Canadian biodiversity and has authored reports on topics ranging from freshwater Key Biodiversity Areas, to the natural capital for forests to species-at-risk legislation. Most recently he led an initiative to develop Canada’s first list of nationally endemic plants and animals. Dan often shares his passion about nature and the importance of conservation, and his editorials have appeared in media across Canada. He is a councillor for the Canadian Society for Ecology and Evolution, a member of the IUCN Species Survival Commission and Deputy Chair of the Committee on the Status of Species at Risk in Ontario. Dan also teaches a course at the University of Waterloo on wildlife extinction and recovery in Canada. Prior to NCC, Dan worked with Parks Canada and as an environmental consultant. Dan lives at the headwaters of Bronte Creek in the Lake Ontario watershed, where he enjoys chopping wood and raising happy chickens.