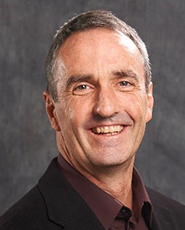 Professor of Law, University of Ottawa

Stewart Elgie is a professor of law and economics at the University of Ottawa. He is the founder and chair of the Smart Prosperity Institute, Canada’s major environment-economy think tank and research network.

Stewart started his career as a Bay Street lawyer. He left to do a master's at Harvard, and then took a job in Alaska with a public interest environmental law firm, including litigating over the Valdez oil spill. He returned to Canada and founded Ecojustice, now Canada’s largest non-profit environmental law organization, where he was counsel on many precedent setting cases and led the campaign to create Canada’s Species At Risk Act. In 2003, he went back to school at Yale for a doctorate in law and economics. Since then, he has focused his research on how to harness economic forces to solve environmental problems, including nature conservation.

He has served on many government advisory bodies in the environment and sustainability area. In 2001, he was awarded the Law Society of Upper Canada medal for exceptional lifetime contributions to law; the youngest man to receive the profession’s highest honour. In 2015, he received Canada’s Clean 50 Award, for Thought Leadership. Since the birth of twin boys in 2012, he no longer has any hobbies.