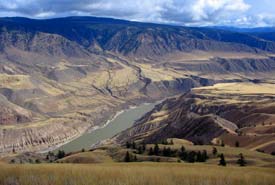 Nestled deep in the greenbelt valley of southern British Columbia’s Coast Mountains lies the Nature Conservancy of Canada’s (NCC’s) newest focal area: Fraser West Natural Area (FWNA). This landscape spans mountains, broad valleys, ridges, numerous lakes and rivers, and dips into the Fraser Canyon. The region's topography presents a wealth of different habitats, from the rare valley-bottom grasslands that support species at risk, such as grizzly bear, gopher snake, badger and the iconic spotted owl, up to the rocky terrain of the mountain goat and nationally endangered whitebark pine.

Freshwater habitats make up a large portion of this natural area, with the Bridge and Seton River watersheds together draining approximately 3,700 km2 into the Fraser River.

NCC worked with experts from the provincial government, local First Nations, naturalist clubs and the research community in developing a conservation plan for the FWNA. The plan was completed in 2017 and lays out a 10-year conservation strategy for the area.

Fraser West joins nine other natural areas in BC that have been highlighted by NCC as priority areas for conserving ecologically valuable habitats and species. 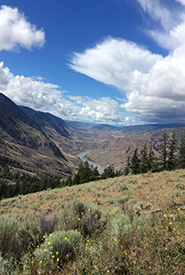 The main population centres in the region are Pemberton and Lillooet.

Like many regions across BC, the risk of development poses a threat within the FWNA. However, Fraser West presents a unique opportunity compared to many other regions within BC as its high ecological integrity still remains. Conservation efforts carried out by NCC will help to decrease threats, ensuring that the natural values of this area endure. 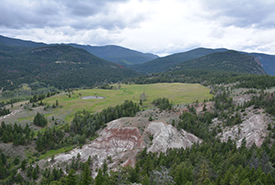 This project was also funded by the Fish and Wildlife Compensation Program (FWCP). The FWCP is partnership between BC Hydro, the Province of B.C., Fisheries and Oceans Canada, First Nations and public stakeholders to conserve and enhance fish and wildlife impacted by the construction of BC Hydro dams.

The development of the Fraser West Natural Area conservation plan was also made possible with a United Way Worldwide grant on behalf of the generosity of Praxair Inc.