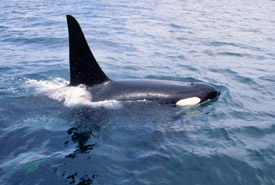 The Salish Sea is a vibrant intersection of ecological and cultural wealth. The name refers to the network of coastal waterways off the south coast of British Columbia. The natural area extends from the coast of the mainland, across the Gulf Islands, to southern Vancouver Island. In this warm sub-mediterannean climate, unique sandspits, tall forests and intertidal zones host many rare and endangered species.

The Cowichan Valley on southern Vancouver Island is home to species and ecosystems that are among the most endangered in Canada, including critically imperilled Garry oak ecosystems and old-growth coastal Douglas-fir forests.

The Nature Conservancy of Canada (NCC) is focused on protecting and restoring what’s left of these rarities.

Farther up Vancouver Island's coast, NCC's work centres on the rich marine ecosystems in the Campbell River Estuary, where the largest octopuses in the world reside, along with abundant populations of salmon, whales, dolphins and seals.

This area has been heavily impacted by development. Human access has degraded many sensitive ecosystems, and half of the region's plants are provincially endangered. It is widely recognized that restoring and maintaining biodiversity values will require considerable effort. NCC works with many community partners and Indigenous communities to conserve properties at risk of residential and industrial development.

In 1974, the acquisition of Mud Bay at the mouth of the Nicomekl River in the Lower Mainland marked the first NCC project in BC, and the first in this natural area. Today, NCC has protected more properties in the Salish Sea than any other priority area. 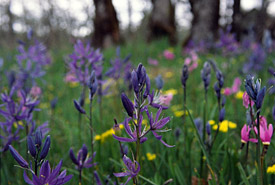