How to catch a grizzly bear 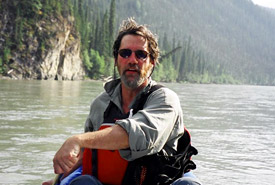 “I don’t take trapping bears lightly. I do it for hard core conservation.”

Michael works with the South Selkirk grizzly bear population, a small and threatened group of approximately 45 bears that roam the mountains around Nelson and Creston in BC’s West Kootenay.

The Nature Conservancy of Canada's Darkwoods Conservation Area forms an important part of their home range, and Michael has been catching bears to outfit them with radio collars since 2006.

The data gathered from the radio collars is transmitted via satellite to the researchers on the ground, forming a detailed picture of the movements of each bear for two to three years. Knowing where the bears go – and where they don’t go – is critical to guiding our efforts to protect habitat for these magnificent and ecologically important creatures.