Home is where the heart rot is 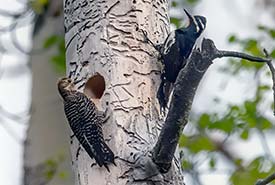 Imagine being so particular about the house you can live in that if your home were destroyed it could take a century to find a new one. Having such an exacting niche can spell trouble in times of rapid and extreme change. For old-growth-forest-dependent species like Williamson's sapsucker, this is exactly the situation they face.

Williamson's sapsucker is a mid-sized migratory woodpecker named for a specialized adaptation on its tongue that allows it to collect and eat sap. In Canada, these birds are only found in southern British Columbia, where there are pockets of suitable breeding habitat in the dry open forests of the Okanagan and Similkameen Valleys and the Rocky Mountain Trench. These areas represent the northernmost extent of this species range. 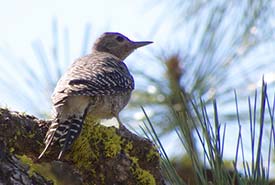 Williamson's sapsuckers, like all woodpeckers, excavate holes in trees for their nests. This woodpecker's tree of choice is a large, centuries-old western larch with a broken top and rot on the inside. The interior fungal rot softens the wood, making it easier for them to drill new holes. And in addition to being old and punky, a suitable larch tree must also grow close to the Williamson's sapsucker's two main food sources: sap and ants. 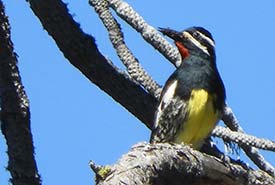 During the breeding season, mating pairs will visit a chosen set of four to five small- to mid-sized Douglas-fir trees several times each day to feed on the sap. The sap trees tend to be within 100 metres of the nest tree.

After their young hatch, the new parents will switch to eating mainly ants, which they glean from decaying trees, log and stumps, and from nearby trees.

The essential characteristic of Williamson's sapsucker habitat is decay; without it, this woodpecker will not have a nest or the ants it needs to survive. And decay only happens if forests are around long enough to move through a full life cycle. 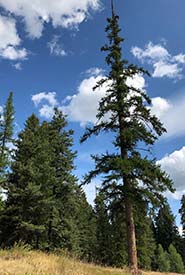 As larch forests in British Columbia are harvested for timber, converted for agriculture and cleared for settlement, habitat for Williamson's sapsuckers disappears and is not easily replaced. Today this federally endangered bird breeds in pockets of habitat only in the Princeton-Merritt, Okanagan-Boundary and East Kootenay regions of BC. There are no other suitably old larch forests in the province for this bird to reproduce in.

The Committee on the Status of Endangered Wildlife in Canada designated the Williamson's sapsucker as endangered in 2006. The recovery strategy for this species aims to maintain its current population and distribution throughout its Canadian range through the conservation and enhancement of the mature western larch forests that the sapsucker requires.

Protecting and managing ecologically important habitat is exactly what the Nature Conservancy of Canada (NCC) does best. In the heart of Williamson's sapsucker territory in the South Okanagan, NCC's Lehmann Springs Conservation Area contains some of the best quality habitat for Williamson's sapsucker in the region. In fact, in 2017 the Canadian Wildlife Service detected the highest number of Williamson's Sapsucker at Lehmann Springs Conservation Area compared to any other location along their survey route. 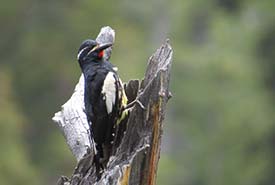 When a species becomes endangered, the obstacles toward reversing the trend can seem insurmountable. But according to government recovery strategy, there are four key reasons why we can feel hopeful that the Williamson's sapsucker stands a good chance of surviving here in Canada if we choose to protect and enhance what remains of its core habitat:

It's also important to recognize that, as a migratory bird, the Williamson's sapsucker will be affected by habitat conditions in the wintering regions in the southern United States and Mexico. 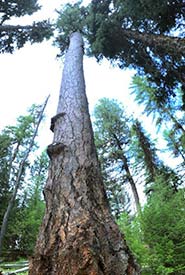 Through a multi-year enhancement project (2020-2023), NCC is working to ensure the existing critical habitat for Williamson's sapsucker at Lehmann Springs remains intact and continues to support this species over the long term. This means that existing old growth larch nesting trees and ant food sources for Williamson's sapsucker must be conserved, and that future nest trees are created and additional food sources are established and managed.

Other at-risk wildlife will benefit from this project, including American badger (endangered), olive-sided flycatcher (threatened) and evening grosbeak (special concern). All three of these species have been documented on the Lehmann Springs Conservation Area.

NCC's action plan for this project was developed in collaboration with the Canadian Wildlife Service and a Williamson's sapsucker expert. Some of the key activities include:

How to learn more about how you can support this project, please reach out to krista.sheppard@natureconservancy.ca.