Boat near Tern Island in Tabusintac, NB (Photo by NCC) 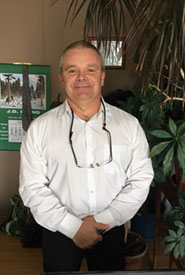 John Foley joined the Nature Conservancy of Canada (NCC) in 1996 and has spent more than 20 years helping build a strong Atlantic team while serving as the Director of Conservation for the Atlantic Region.

John is a graduate of the University of New Brunswick with a background in both forestry and biology. Before he joined the not-for-profit community, John had previously worked in the public sector;  however, after spending 20 years with NCC, it is clear that he has found his niche.

Over the years, he has gained extensive experience in management and leadership and understands the dedication and passion needed to take the region to the next level.

John has had a life-long interest in conservation and a strong understanding of issues involved in the protection of the natural environment.

John and his wife, Fay, are both from Quebec, but following university they decided to settle in Fredericton, New Brunswick, to raise their family. They have two children: Ryan and Morgan.