The shorebirds of Johnson's Mills 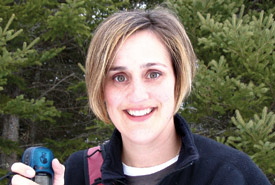 I was first awed by the shorebird migration as a university student when I worked as an interpreter in the Upper Bay of Fundy. If the magnitude of the tide isn’t impressive in itself (highest in the world!), during the months of July and August, the migrating shorebirds present a spectacle that none can overlook or forget. Seeing tens of thousands of birds collaborating as they prepare for their non-stop migration to South America, by resting tightly packed on the beach at high tide or flying together in massive flocks to escape a predator is a truly inspiring sight.  Being able to play a small part in giving them a safe refuge is a privilege I take great pride in.