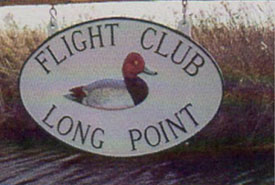 Few areas can boast the international recognition and protection seen at Long Point. This is largely due to decades of stewardship by private hunt clubs with long and storied pasts, which are integral to the conservation legacy of this area.

One such legacy is that of the Flight Club. Between 1877 and 1879, the federal government patented three parcels of land that would eventually make up the Flight Club. One of the first owners, A.A. Baumwart, is thought to be descended through marriage from Norfolk County founder and local pioneer Christian Rohrer.

Back then, market hunting of waterfowl was increasing, largely due to the Industrial Revolution. This led to advances in punt guns (large shotguns) and the creation of railways connecting vast Great Lakes wetlands with affluent markets. In addition, ice factories allowed waterfowl to be shipped long distances. 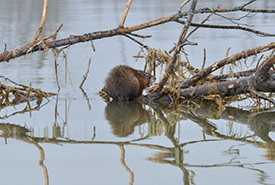 A muskrat (Photo by Mark McLean)

The rise in market hunting led to a rapid decline in waterfowl populations and, ultimately, the signing of the Migratory Bird Treaty in 1918. The treaty signalled the end of market hunting and gave rise to sport hunting and private hunt clubs across North America.

Art Walker, a muskrat farmer, took ownership of a local marsh in the mid-1920s. He established the Walker Muskrat Farm. Here, he raised muskrats for the fur trade, alongside the Toronto Big Creek Company and the Big Creek Muskrat Farms Limited (now the Big Creek National Wildlife Area).

Around the same time, Walker began leasing the marsh lands to waterfowl hunters. In 1926, he leased the lands to Henry H. Coit, who founded the Flight Club.

Muskrat farming was not as profitable as hoped, and most farms shut down in the mid-1930s. The Depression and drought were impacting waterfowling across North America. Extremely low water levels meant lower numbers of waterfowl. The economic downturn resulted in pressure to drain wetlands and convert them to farmland. While muskrat farming helped save some wetlands, the true driving forces in habitat conservation here at Long Point were the hunt clubs that weathered the economic storms and ensured their passion for waterfowling and wetlands continued.

After Art passed away, his wife continued to lease the lands to the Flight Club. In 1967, after her passing, the property was sold to the Flight Club. This marked the beginning of a 53-year legacy of hunting, stewardship and the conservation of a critical piece of the Big Creek marsh. 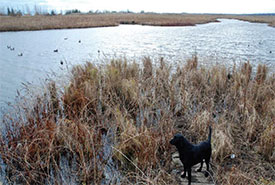 For over 150 years, private hunt clubs have played a pivotal role in the conservation of the marshes surrounding Long Point Bay. From their early interest in protecting these lands from poaching, drainage and development, to present day where sustainable harvest practices and diligent land protection and restoration remain a strong focus, these clubs are conservation leaders. 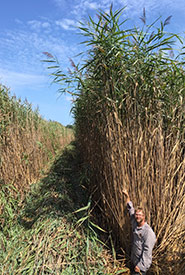 In recent years, every private hunt club in the Long Point region, as well as many private landowners along the Long Point Bay shoreline and the Big Creek watershed, have joined forces with the Nature Conservancy of Canada (NCC), the Long Point Phragmites Action Alliance and governments at all levels in one of the largest, private invasive plant management programs in the country: to control Canada’s worst invasive species — phragmites — and restore these culturally and ecologically important wetlands.

NCC is proud to be the new owner of the Flight Club marsh and part of a landscape-scale collaboration to ensure the Big Creek marshes continue to provide critical habitat for waterfowl and other species.

Over the next year, NCC will be undertaking biological inventories and stakeholder and partner consultations to develop a long-term management plan for the property. NCC recognizes the important role hunters play in managing Long Point’s wetlands and welcomes comments from interested individuals and organizations on the future management of this critical property.

"Long Point…is famous for its multitudes of ducks and other wild fowl. While I was shooting here, there were immense flocks of them. At times when disturbed from the beds of wild rice upon which they were feeding by the shooters in their boats, the air would seem to be alive with the innumerable droves, one flock following another…I was never tired of gazing at the countless multitudes and varieties.” ~  William Pope, sportsman and naturalist, 1834